*Blogger’s note: In order to enjoy this piece of writing to the full, I would wholeheartedly suggest clicking on all the links.

I have (only metaphorically) been dying to do a post discussing the issue of boobs. Because… what’s more controversial than that? The triggering event behind this post was my renting the entire first season of Game of Thrones, gently placing the DVD inside the DVD-player and hitting play. In case you are not playing catch up with the rest of the world like me and watched the first episode of the series when it was officially aired in 2011, I’d like to remind you that in this very first episode the viewer gets to see Daenerys Targarye butt nakes – or should I say boob naked, simply for the sake of this post? We don’t know who she is, where she’s from, what she does for a living (Khal Drogo happy, apparently), but there she comes, everything is in full view. Even when she decides to actually get dressed, she puts on this hideous dress, which was undoubtedly knitted by the dust that was accumulated on the dragons’ eggs; there is no other sensible explanation, to my mind, why the dress is so see-through. 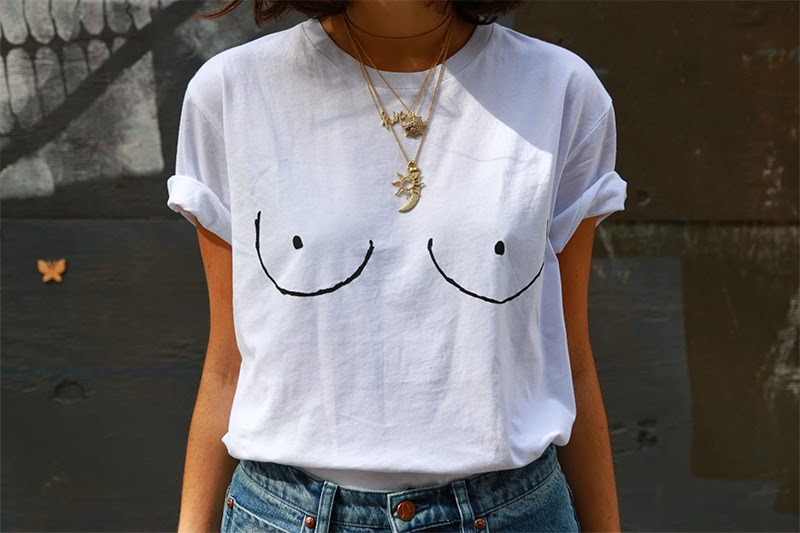 Ask any guy – I for example asked my boyfriend pretty often – why men put up with plenty of the seemingly silly things women do and he will give you the same answer. “Because boobs.” The question he asks in return is “Do you think lesbians are as obsessed with boobs as men?” And I wonder: What’s the fuss with boobs? Yesterday, I saw this on 9gag (Click! Click! CLICK!). Have I always taken the road less traveled by using the other body part that starts with “b”? The brain, Captain Obvious.
Maybe it is all a part of Protagoras’ substitution principle, which can also be applied to nature. According to this principle, every weakness (e.g. of an animal) is counterbalanced by a special ability. It seems as if, when Mother Nature was picking out a pair for me, she said “She’ll be travelling lots in her life, so let’s give her a pair of easily portable ones, which will make running to catch trains or to check-in luggage ten minutes after boarding has started less strenuous.” Therefore, I developed a sixth sense for baking and whipping dessert in recompence. 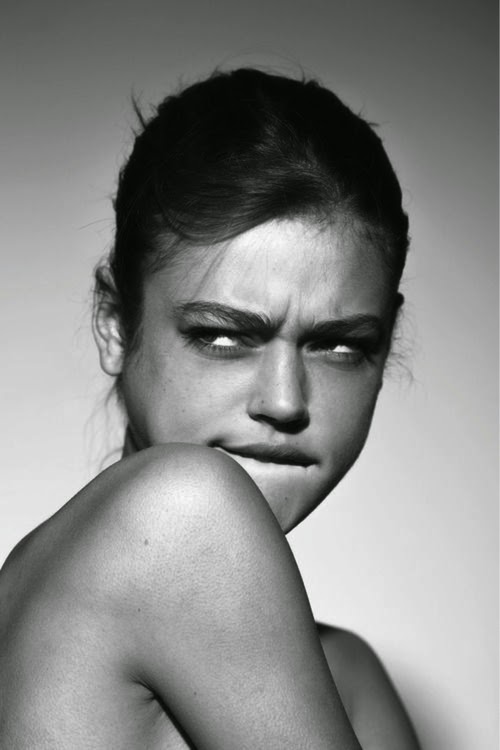 Boobs are for women what penises are for men. A small difference: It’s quite rare that you’re find a woman bragging about her bra size. However, boobs are an issue for most women – if it’s not for you yet, it will probably become one in later life. Unless you are Kate Upton, who is probably unaware of the fact that the considerable amount of flesh that is accumulated at the upper part of her torso and, therefore, is preventing her from seeing the rest of her body is actually called boobs. They can be too small, too big, too saggy, swollen and/or in pain, looking to promiscuous when wearing a particular type of blouse, making finding the right bra as complicated as physics seemed to me throughout my entire school career or persistently refusing to “look” in the same direction. 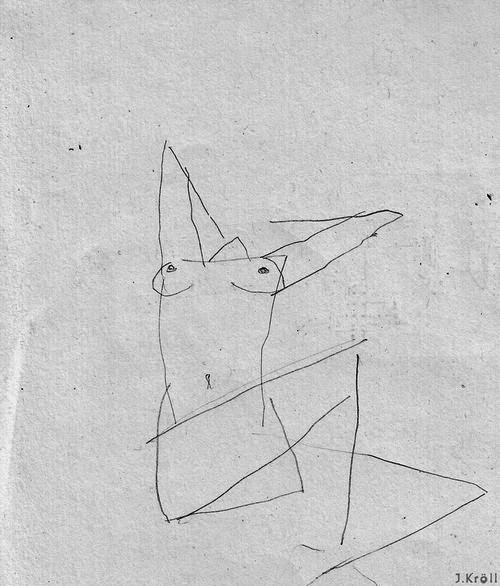 Apparently having too big boobs seems to be the most serious case of them all. It is so serious that there are multiple tumblr accounts out there dedicated to busty girl problems. By the way, this one is my favorite, even though I can’t relate. Did you know you can have long necklaces caught in your cleavage? People asking if your boobs have names? I’ve named the black circles under my eyes and that’s how far I’m willing to go in regard to naming body parts. That lingerie companies produce mostly boring designs, if you’re anything over a D cup? And don’t let me start on this. If I keep looking, I might even come up with charitable foundations that provide busty chicas with psychological, moral as well as financial support – cute bras for bigger sizes are considerably pricier.

Just like a chameleon demonstrates a highly developed ability to change color, boobs are capable of changing their size. Take losing weight, for example. When a woman loses weight, the boobs react just like Katniss Everdeen in The Hunger Games, when her sister is selected as one of the female representatives:

How annoying is that?
Once I read somewhere that in the ancient times (Egypt? Ancient Greece? The Roman Empire?), prostitutes with a protruding belly would stuff their bras; bigger looking boobs were supposed to compensate for giggly abdominals, in other words. How genious is this? How come modern society has dropped this trick? Can I cancel my much dreaded gym subscription already and invest the money in padded bras?
I’d like to end today’s post with a couple linguistic details that caught my attention. According to the online Oxford Dictionaries the word “boob” also means a) an embarassing mistake, or b) a foolish or stupid person. How interesting, especially if you consider that most men’s reaction to boobs resembles one of them or even both.
Un beso enorme,
F.
PS: Facebook anyone? Tweet me maybe?

0 thoughts on “The One About Cups (Not of Coffee, Though)”