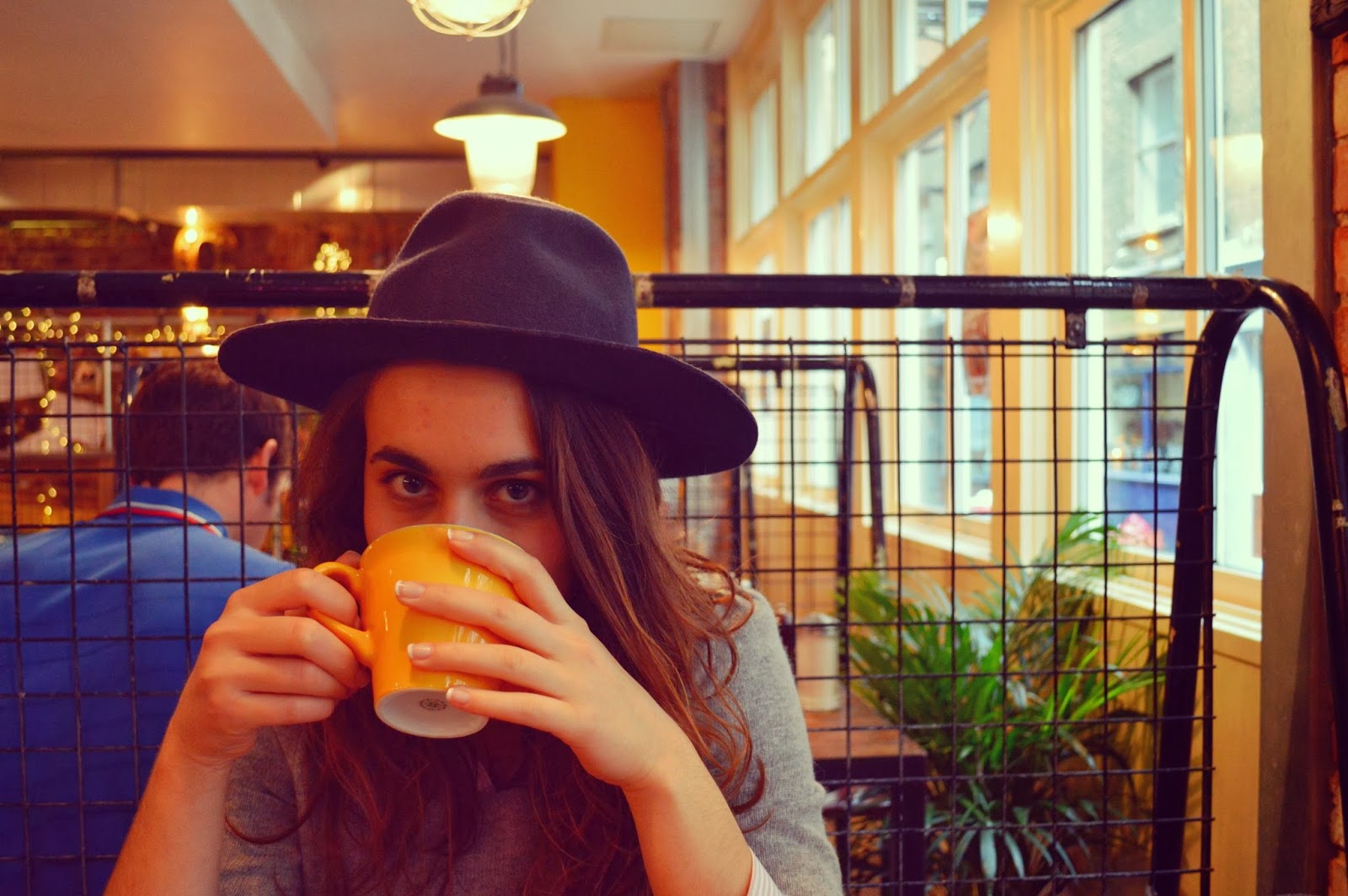 My last birthdays hadn’t been exactly what one may call a success. That’s why I decided to spend my 21st birthday in London, after my friend D. kindly invited me to visit him there! Exciting, right? Before sharing all the beautiful photos I took in London I’ll attempt a short recap of my birthday, Tuesday 18. February.
It all started on Monday 17 around 11.30, when I got the first birthday message (and definitely one of the sweetest I’ve ever gotten); in Germany you see it was already Tuesday. 😀
At that point I was in Sushi Samba with my wonderful hosts (see below) sipping delicious pink fruity cocktails. It is located on the38th floor of a skyscraper and has a magnificent view of the Thames and generally the city skyline in the night. Sitting next to the exterior glass wall is definitely not for the faint-hearted. 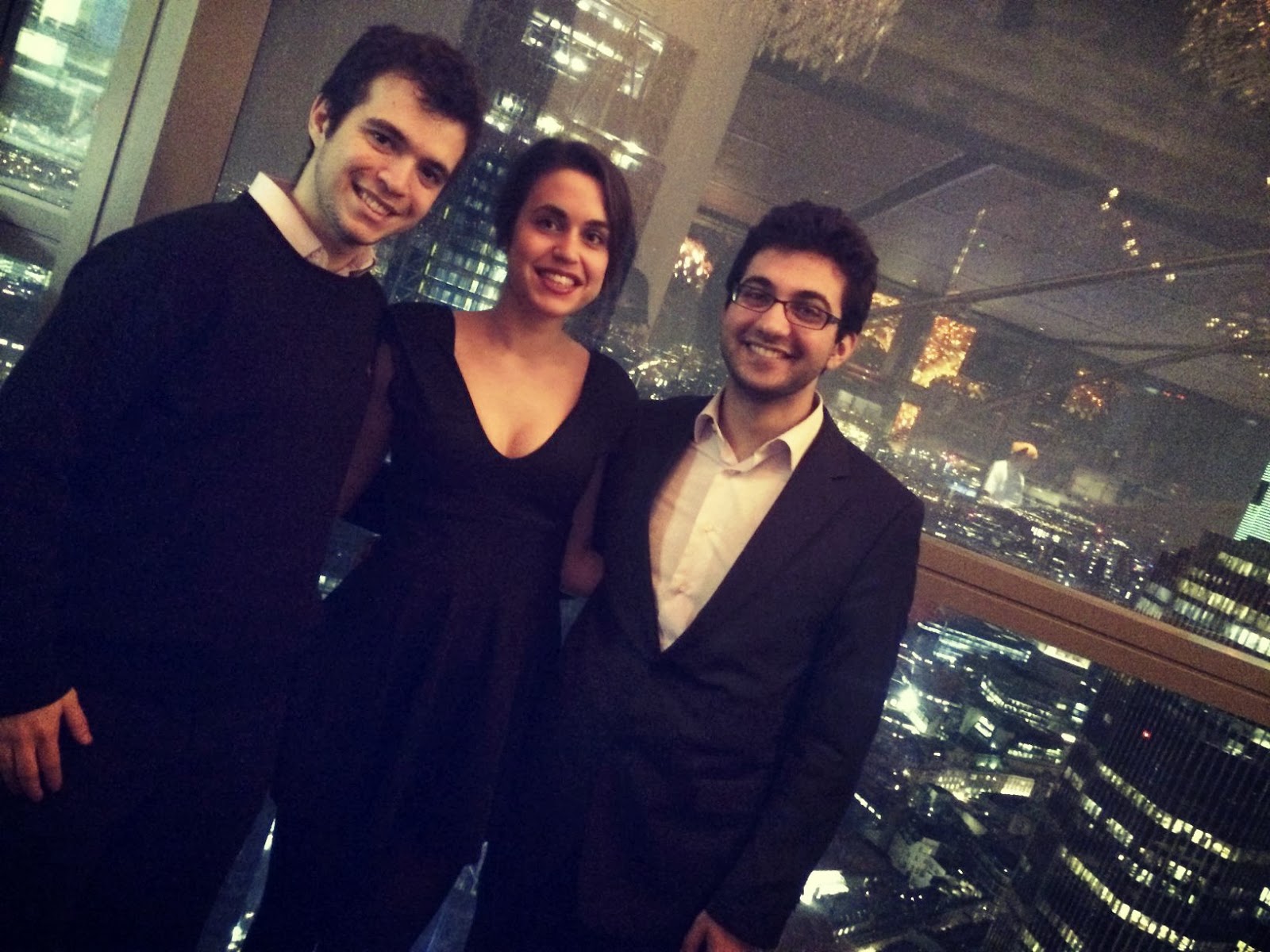 Same morning, definitely not enough sleeping hours later, we went out for breakfast. During my stay in London, the boys had lots of questions about dating – they are professional daters you see – so at some point I confessed that my dream date would be going out with someone for brunch. So on my birthday I decided to take not one, but two men out to brunch to celebrate my becoming an adult worldwide at The Breakfast Club, which I simply can’t recommend enough. The food was insanely delicious, the place was cozy with a vintage-y touch and the stuff incredibly polite. The guys had eggs benedict; you can have them with either salmon or ham. I tried both and I think I liked the ones with the salmon better even though the flavor was quite strong, so beware. On the other hand, I stayed true to my sweet tooth and went for the pancakes with marple syrup, vanilla cream and fresh berries, washed down with hot, strong coffee. 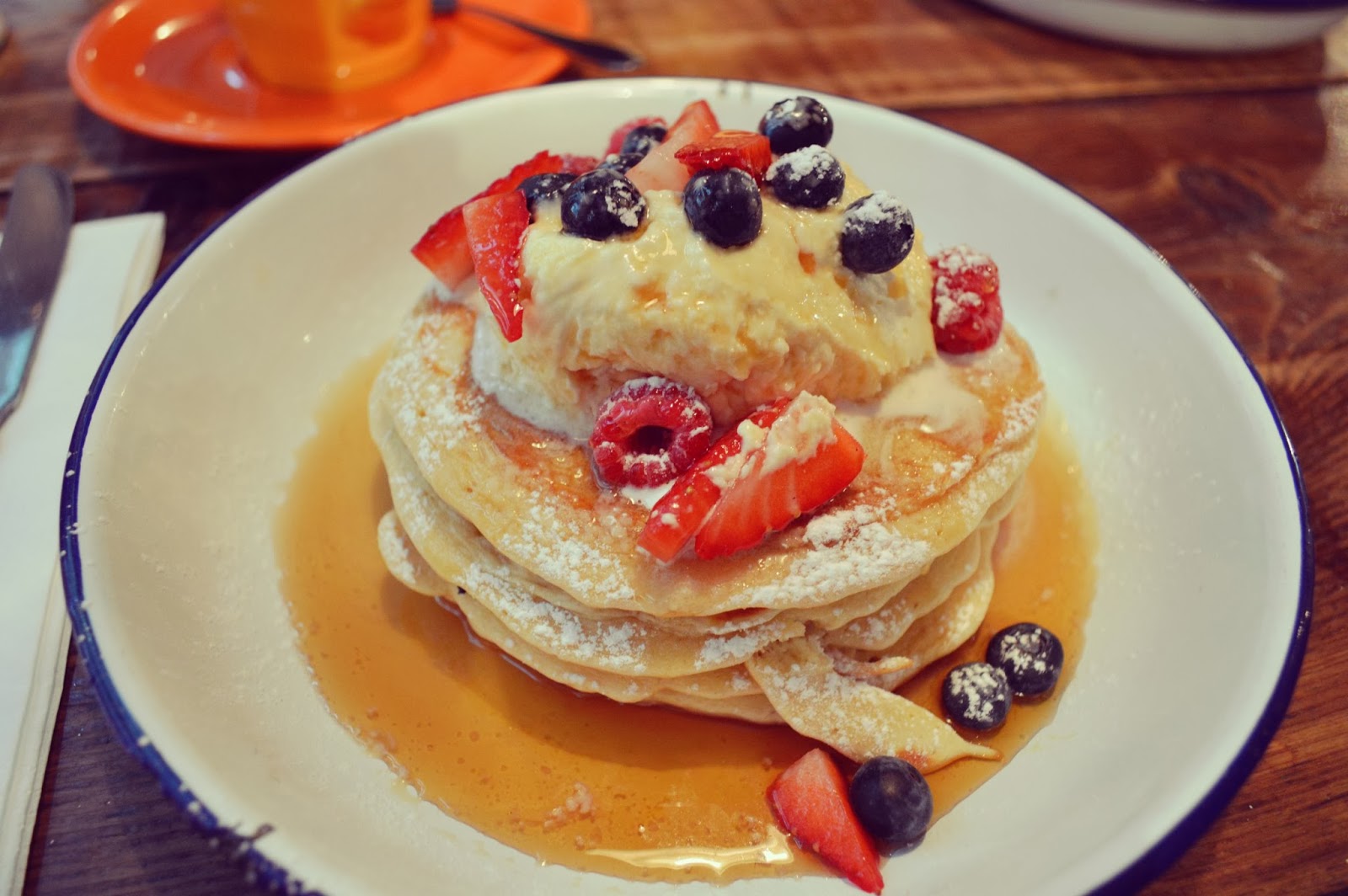 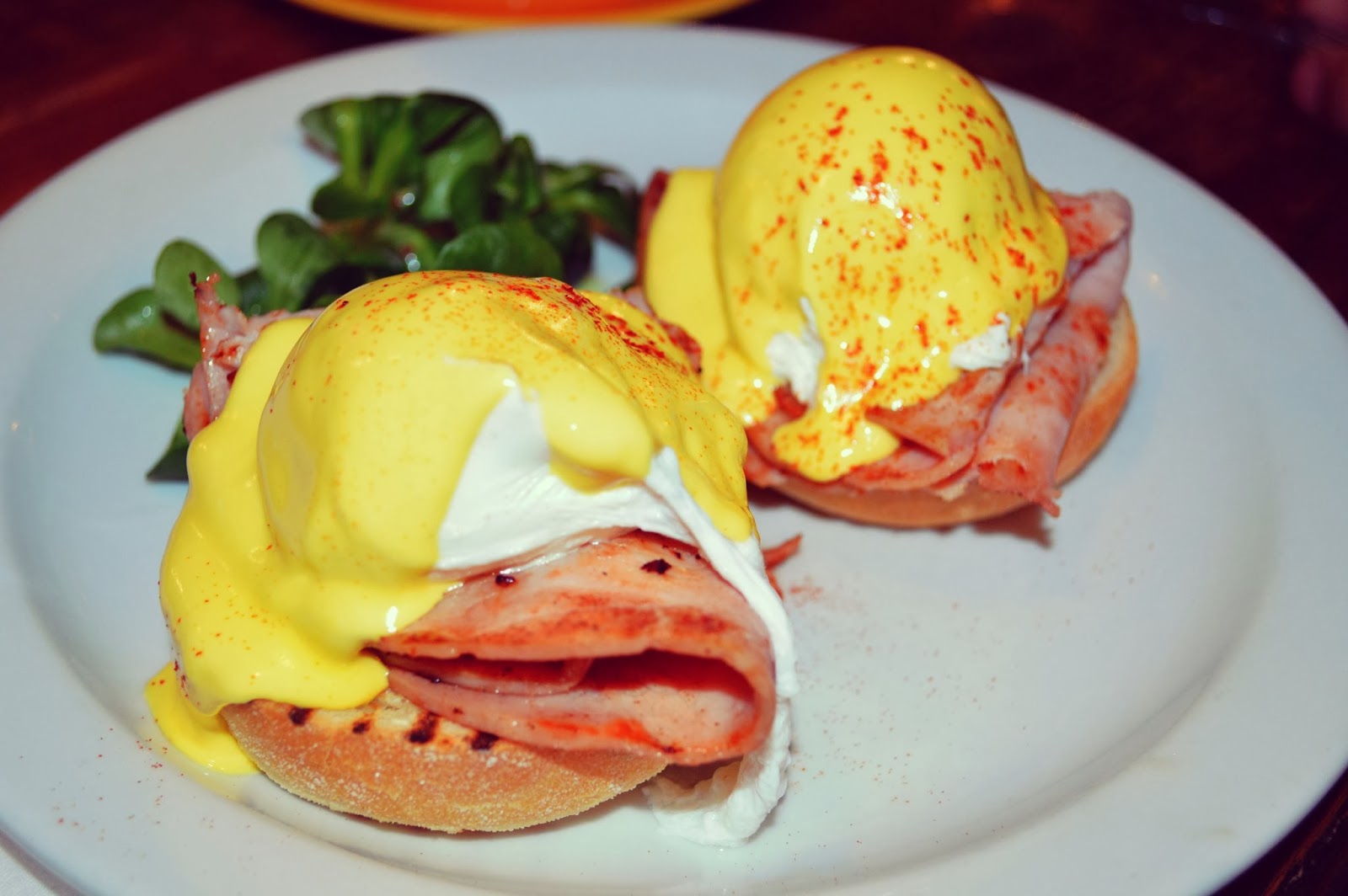 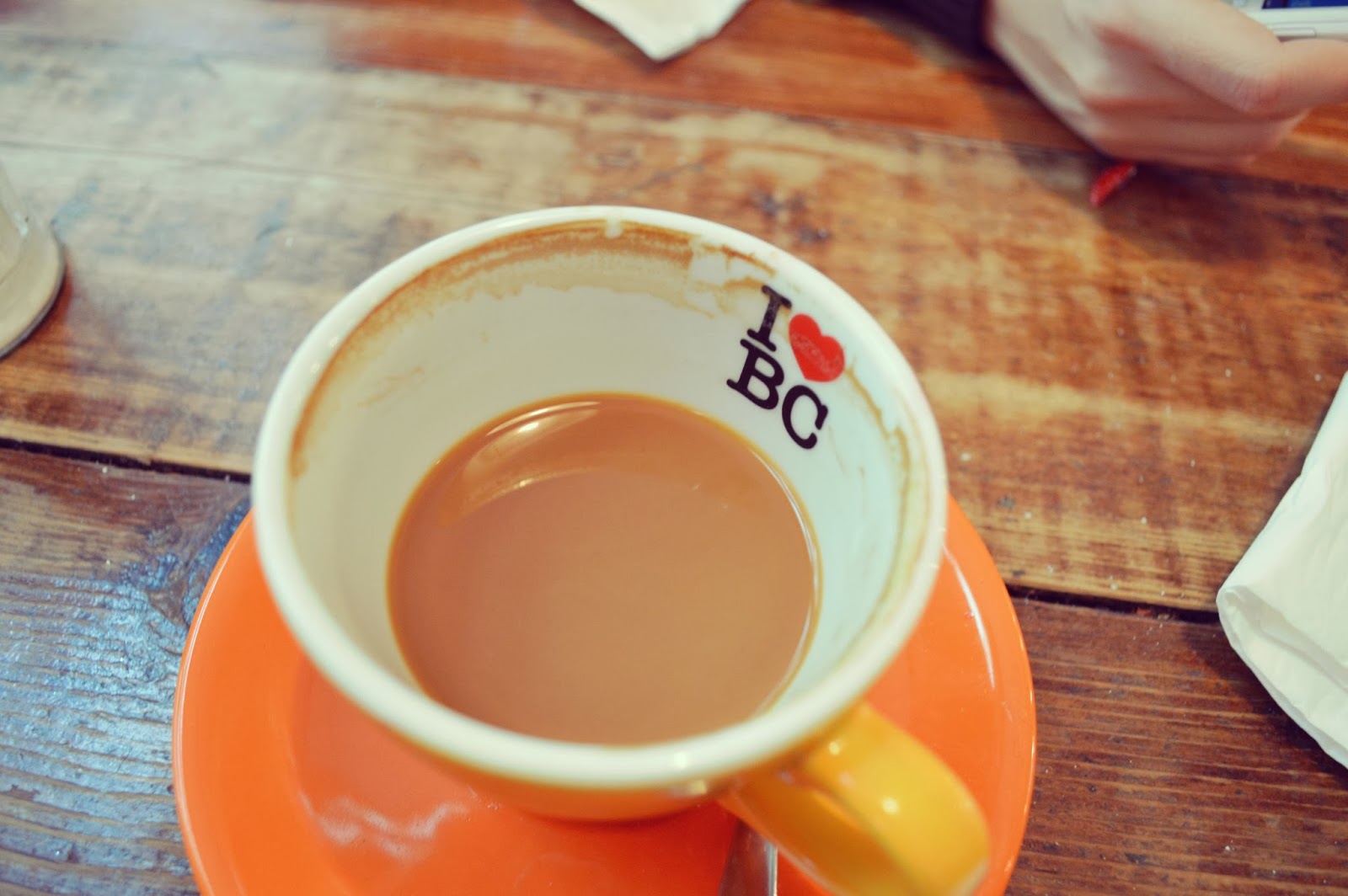 Then it was time for a little exploration – and a slow paced stroll to digest all this yummy food – so we headed towards Camden. 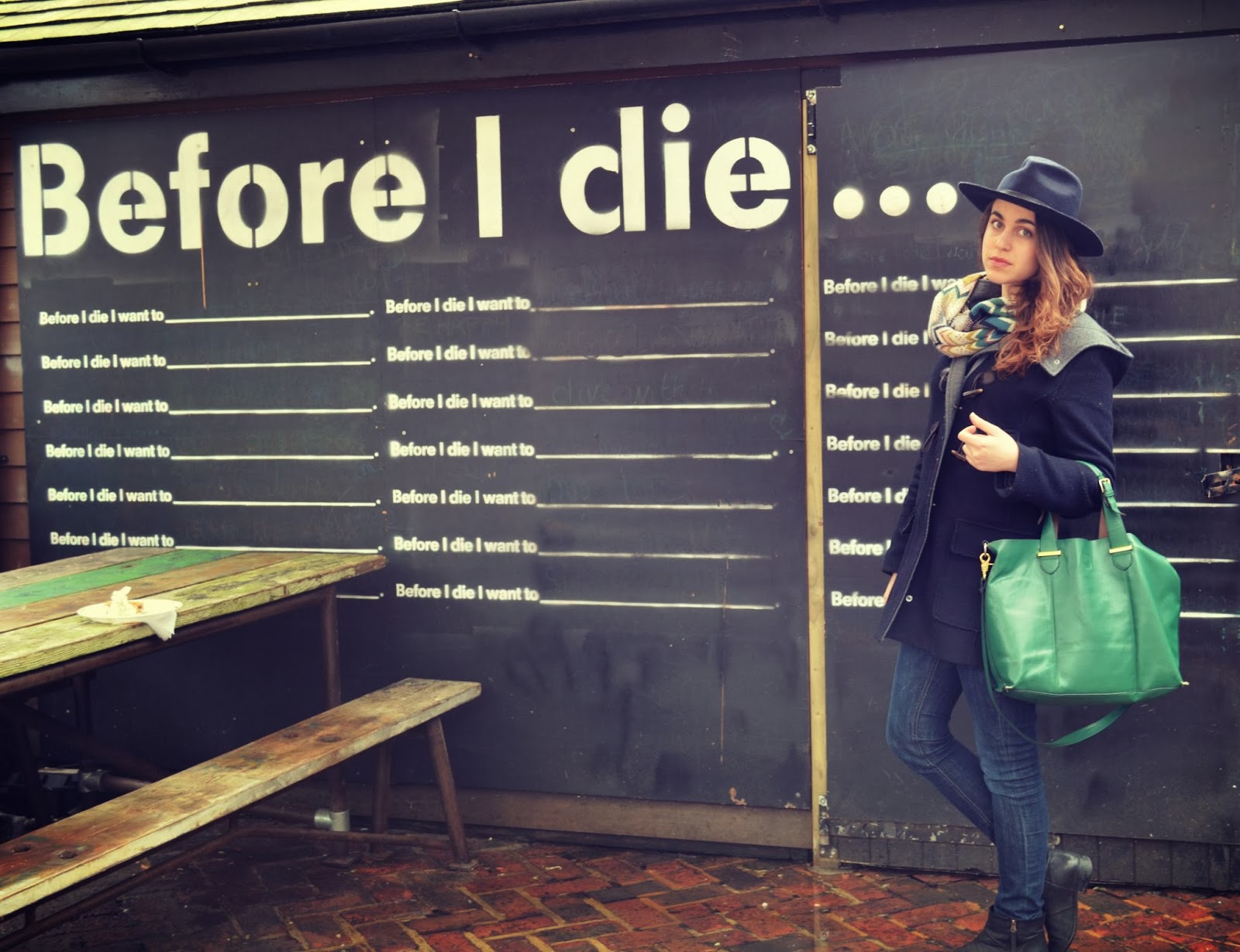 I love this kind of walls but unfortunately it was empty and there was no piece of chalk in sight! 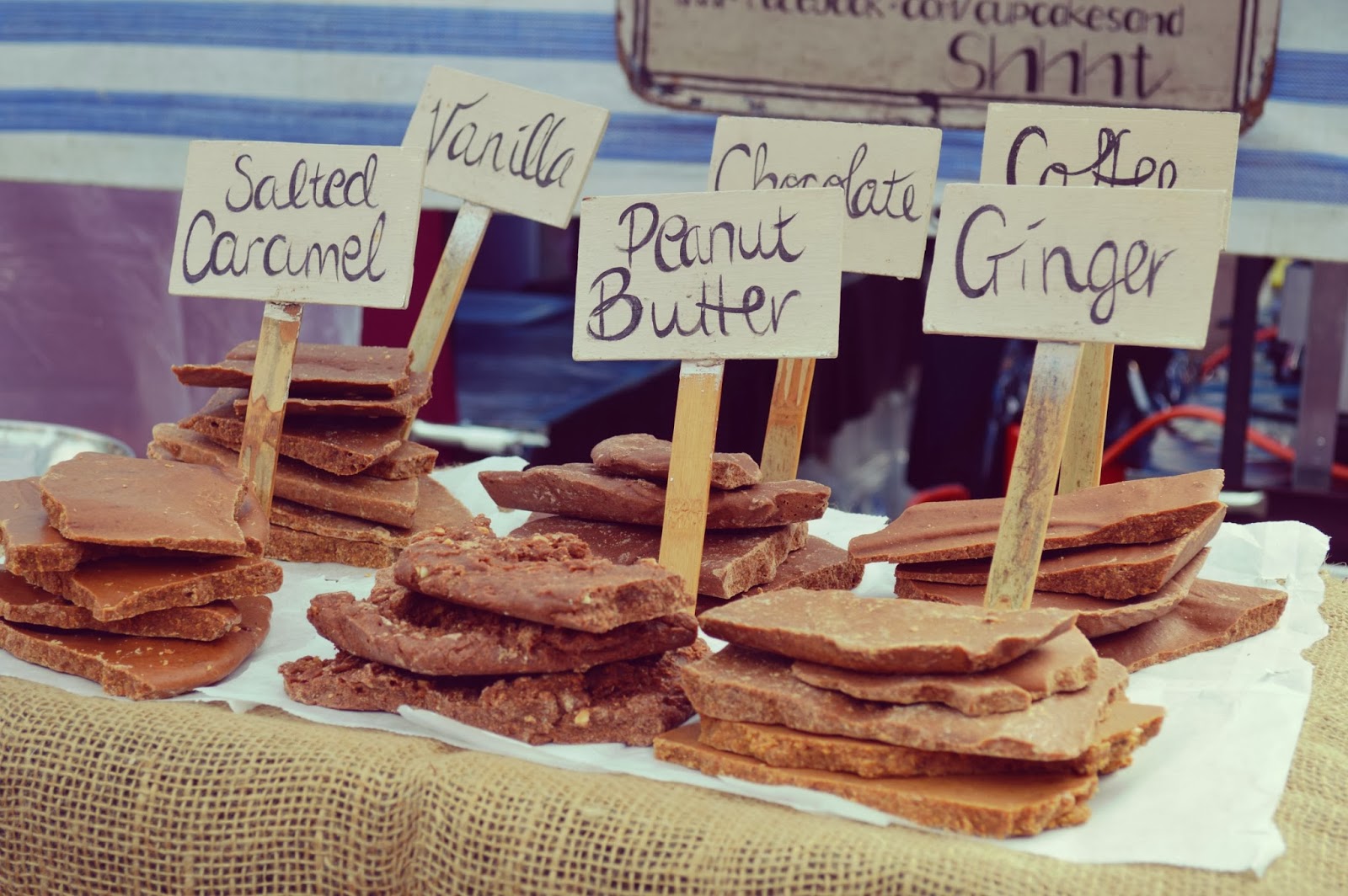 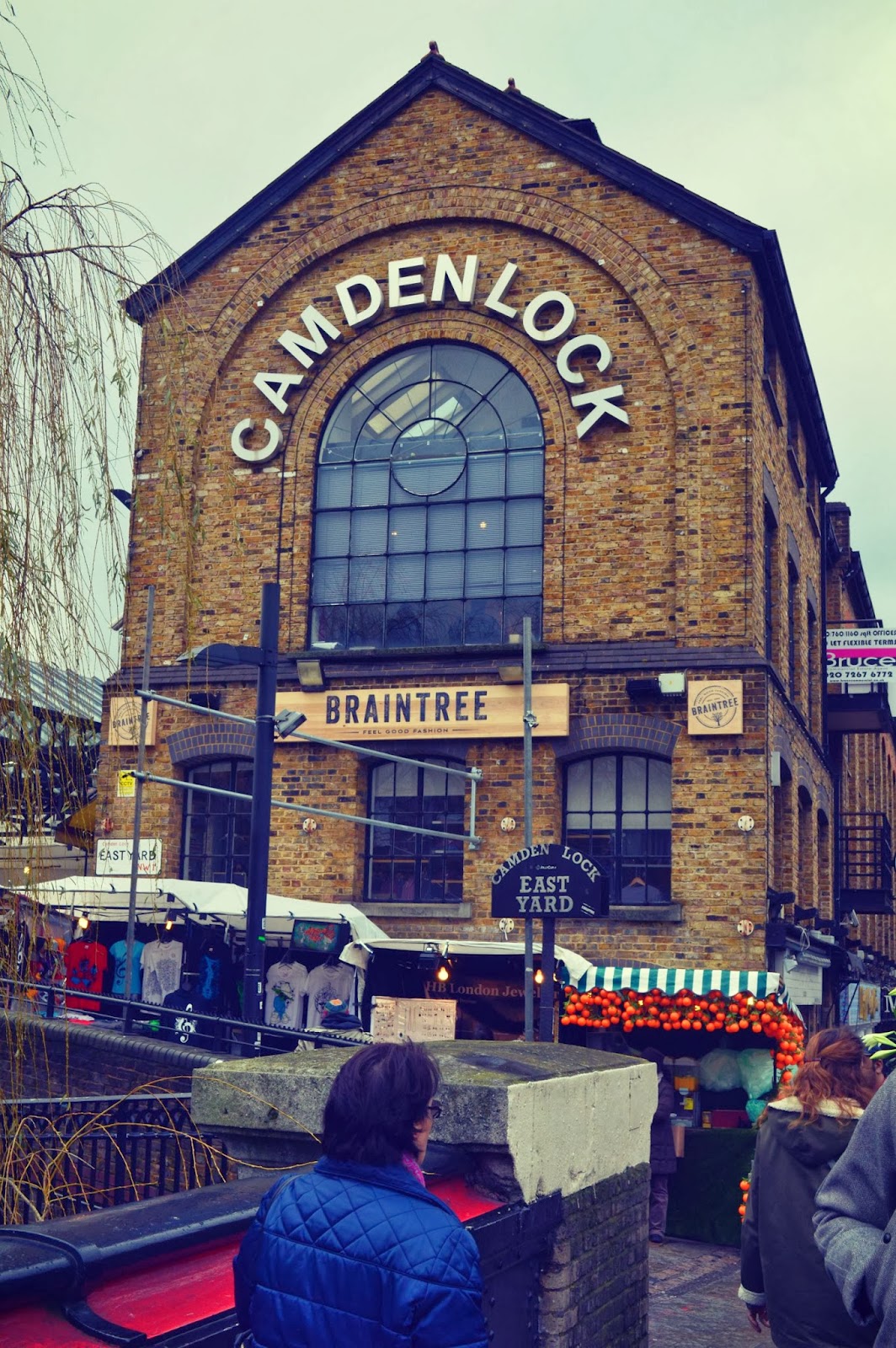 Then I was left alone to loiter in the city since the boys had classes to attent, so I grasped the opportunity to visit a couple exhibitions. Firstly, I headed to the Somerset House, where I saw an exhibition dedicated to Isabella Blow, a genious British fashion editor and stylist. I wasn’t familiar with her work before but she was actually the person who discovered and promoted Alexander McQueen and Philip Treacy – he’s the milliner of Lady Gaga as well as  of the royalty that attended Prince William and Kate’s wedding. This exhibition confrims that there’s nothing new under the sun; Lady Gaga’s peculiar fashion choices had already been made by Isabella Blow ten years earlier. Apart from the fashion editor’s fierce idionsyncrasy the exhibition showcases some of the early works of these two designers. 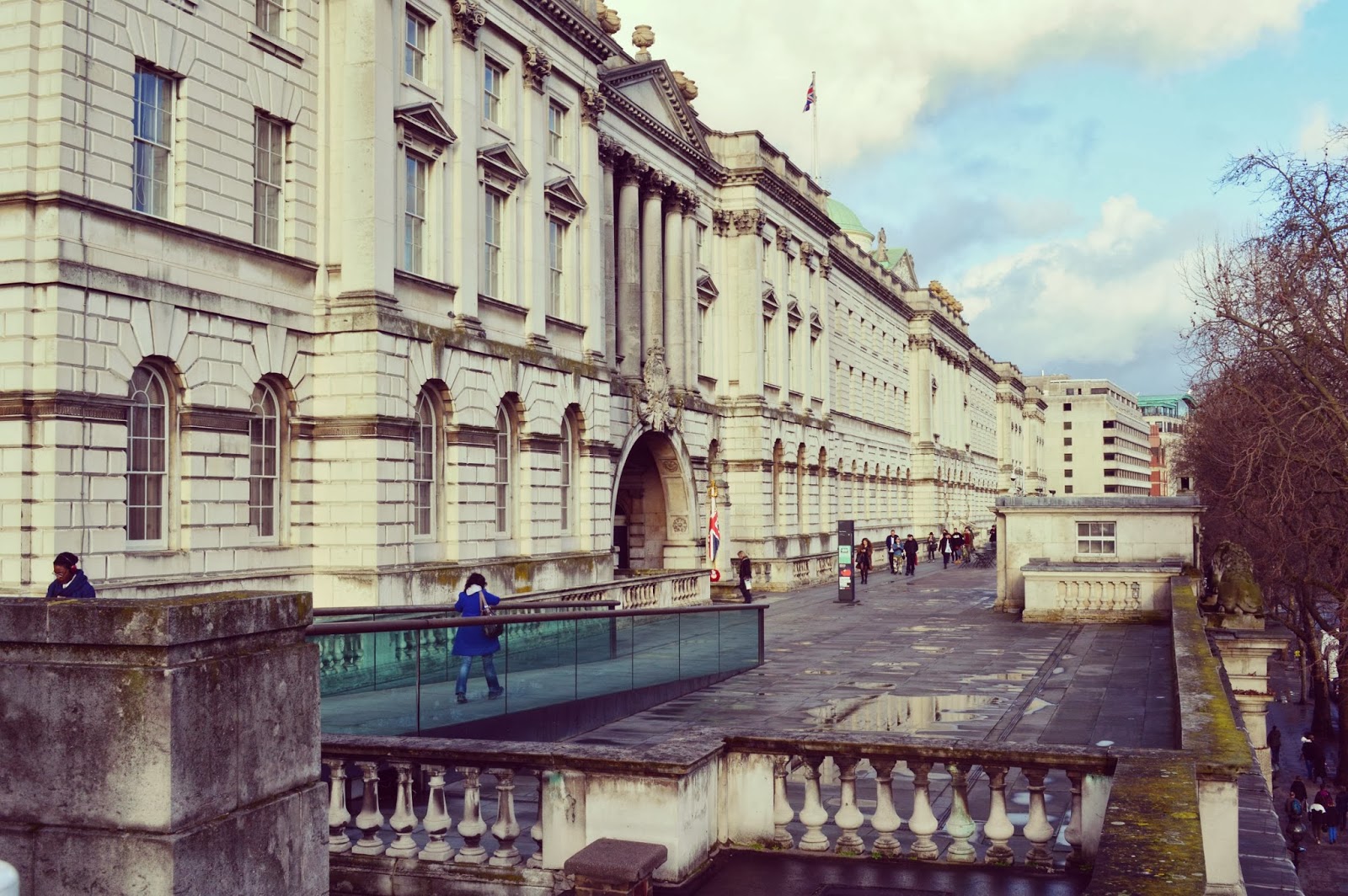 Then I walked along Waterloo Bridge and found myself on the other side of the river, at Southbank Center, where I saw the exhibition “What’s the point of it?” by Martin Creed and I came to two conclusions:
In the evening, we opted for watching Agatha Christie’s “The Mousetrap” – it has been running for more than 60 years which means more than 25.000 shows! –and then relaxing at home with cheesecake, white wine and silly talks. What a day! #21_feels_awesome
F.