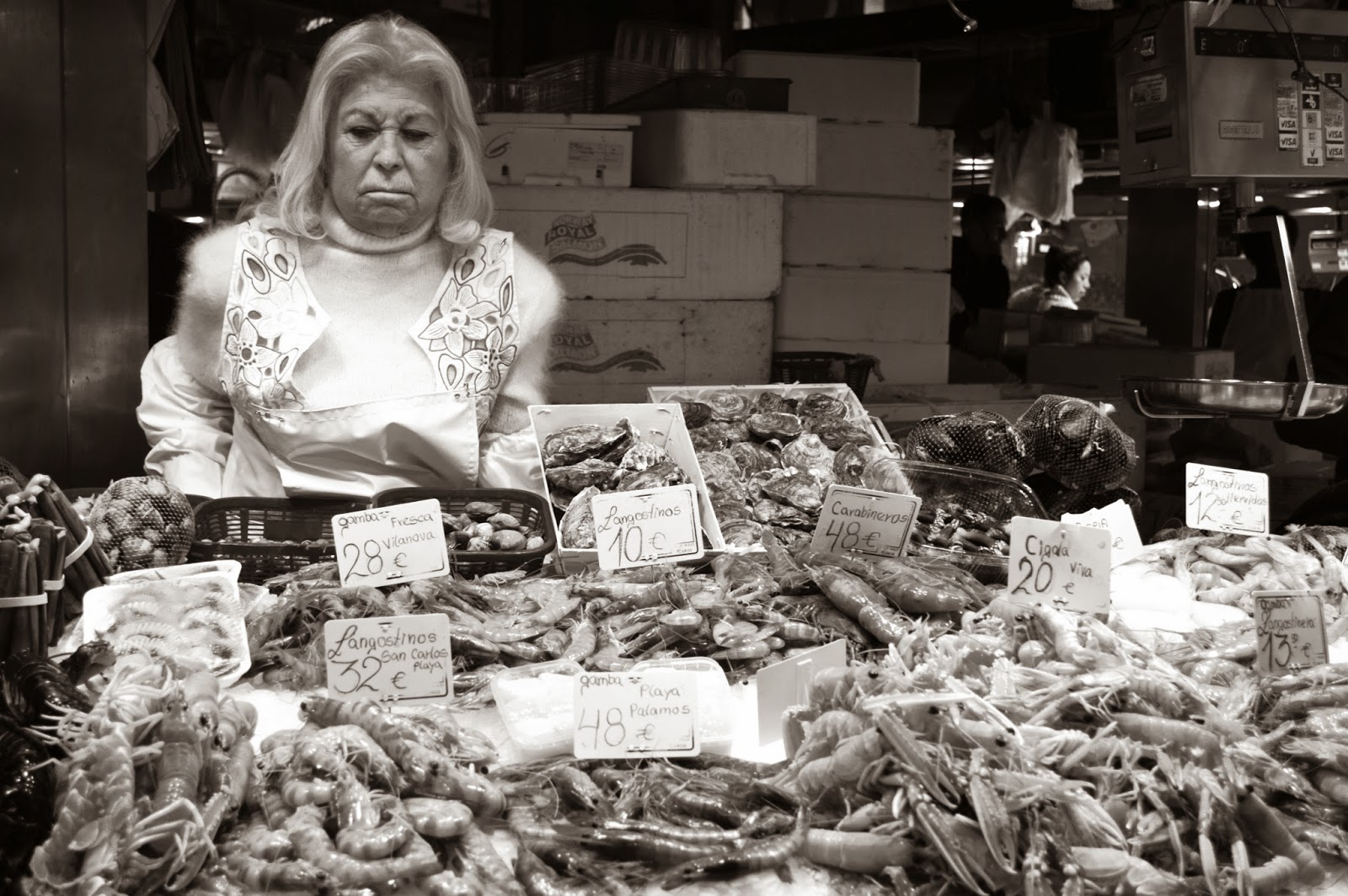 Oh, I fell in love with La Boqueria, one of the biggest food markets in Barcelona. Since I’m a big foodie and food porn enthusiast, I guess it was meant to be love at first sight. However, there is something different about the Boqueria market; it was not only about the food this time, it was also about the people working, shopping and eating there, the atmosphere, the noises and the aromas.
To be honest,  at first it felt like La Boqueria didn’t want to be featured in my blog; I was truly unlucky. The first time I went there the battery of my camera died ten minutes before getting there; the second time I went there it was actually closed to local holiday and the third time… Well, the third time I woke up at seven in the morning in order to be there around 8 and be able to catch the train to Girona (that’s another story I’ll tell you about soon) that was leaving at about nine. Talk about true love and devotion.
My favorite part of the food market – as the title might suggest, as well – was the one with the fish and sea food stalls. In contrast to my homeland, where one only sees men working in such stalls, in Barcelona nearly all stalls were taken over by women whose names appear in bright signs above their stalls. I couldn’t stop looking at them; so strong and ladylike at the same time – some of them had their hair, nails and makeup done, but would be cutting and cleaning fish with the same effortlessness and poise Sofia’s Coppola Marie Antoinette was picking up cupcakes and macaroons.
Something that also drew my attention was the fact that, unlike in food markets in Greece, nobody was shouting to advertise their goods. All the noise came from unloading, arranging and chopping the goods as well as from the interactions between tradesmen and customers. 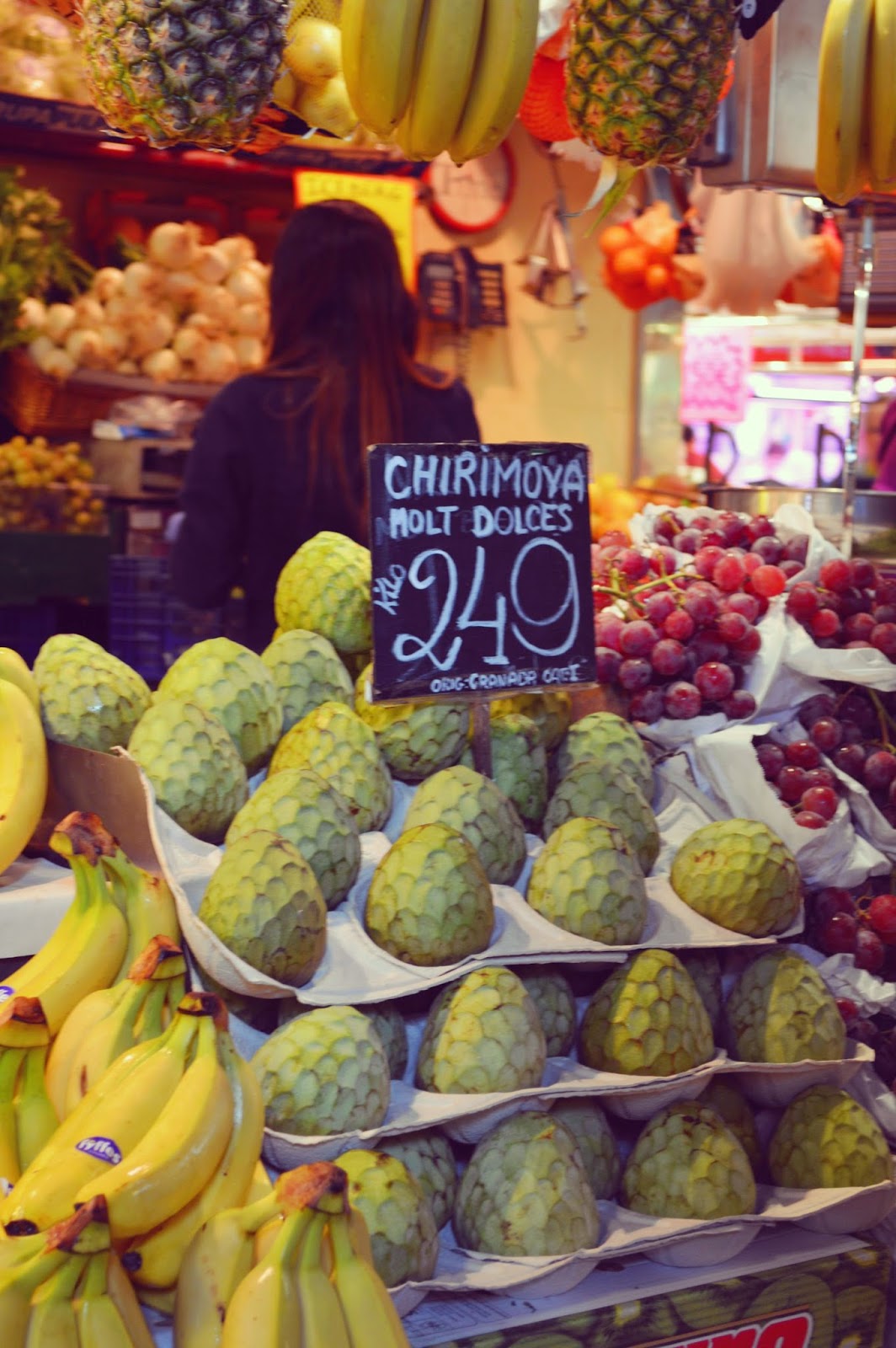 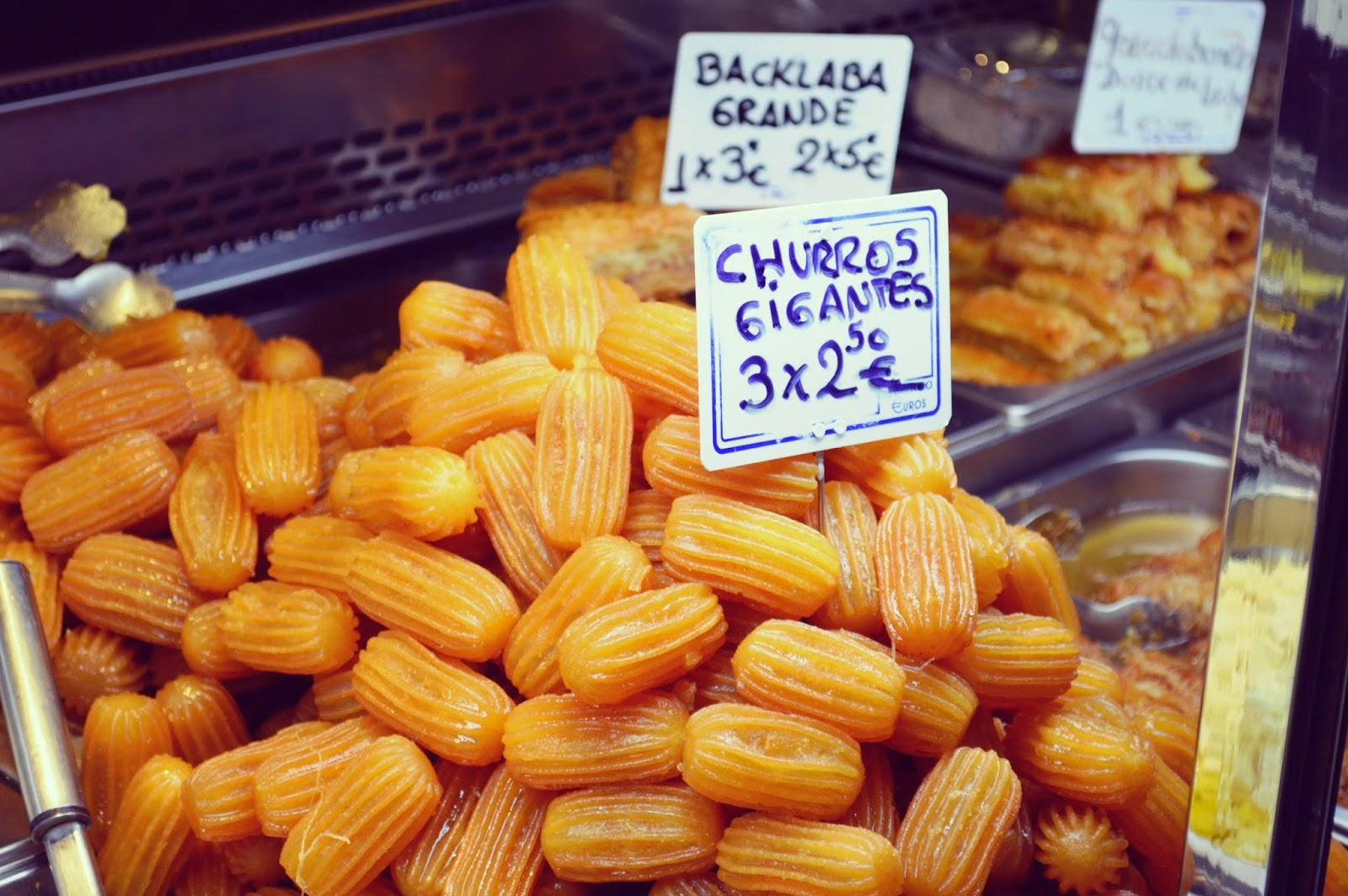 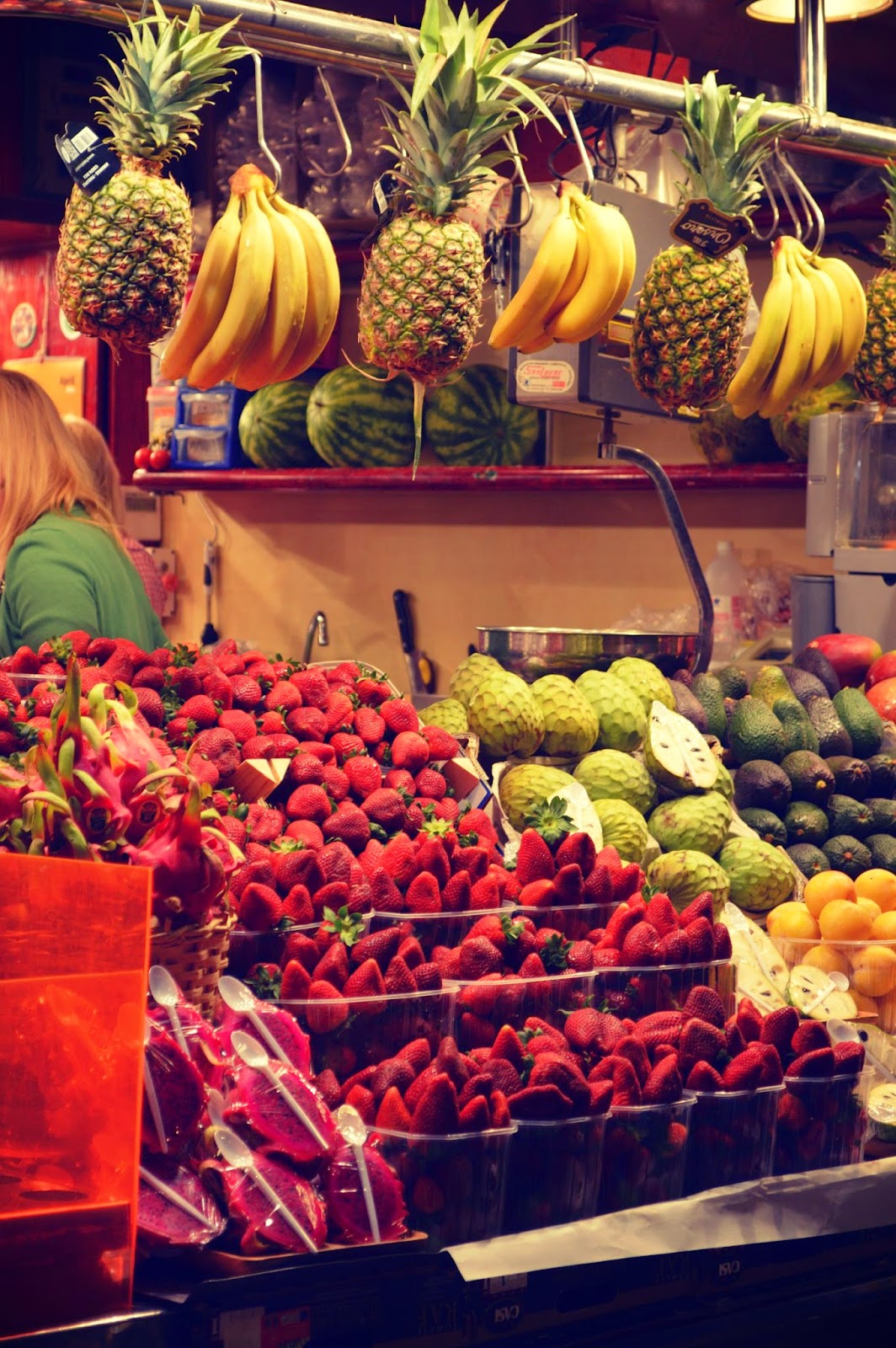 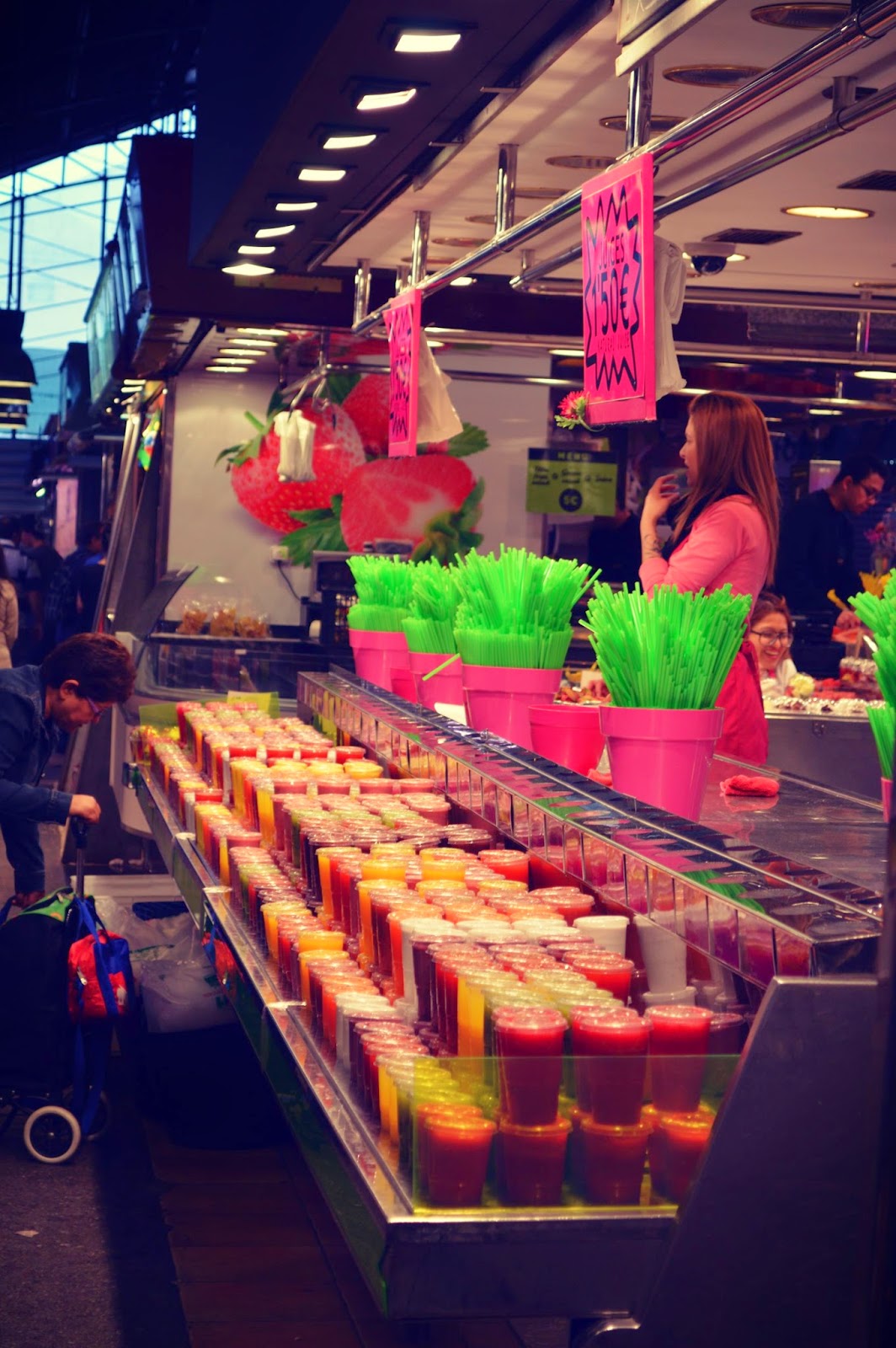 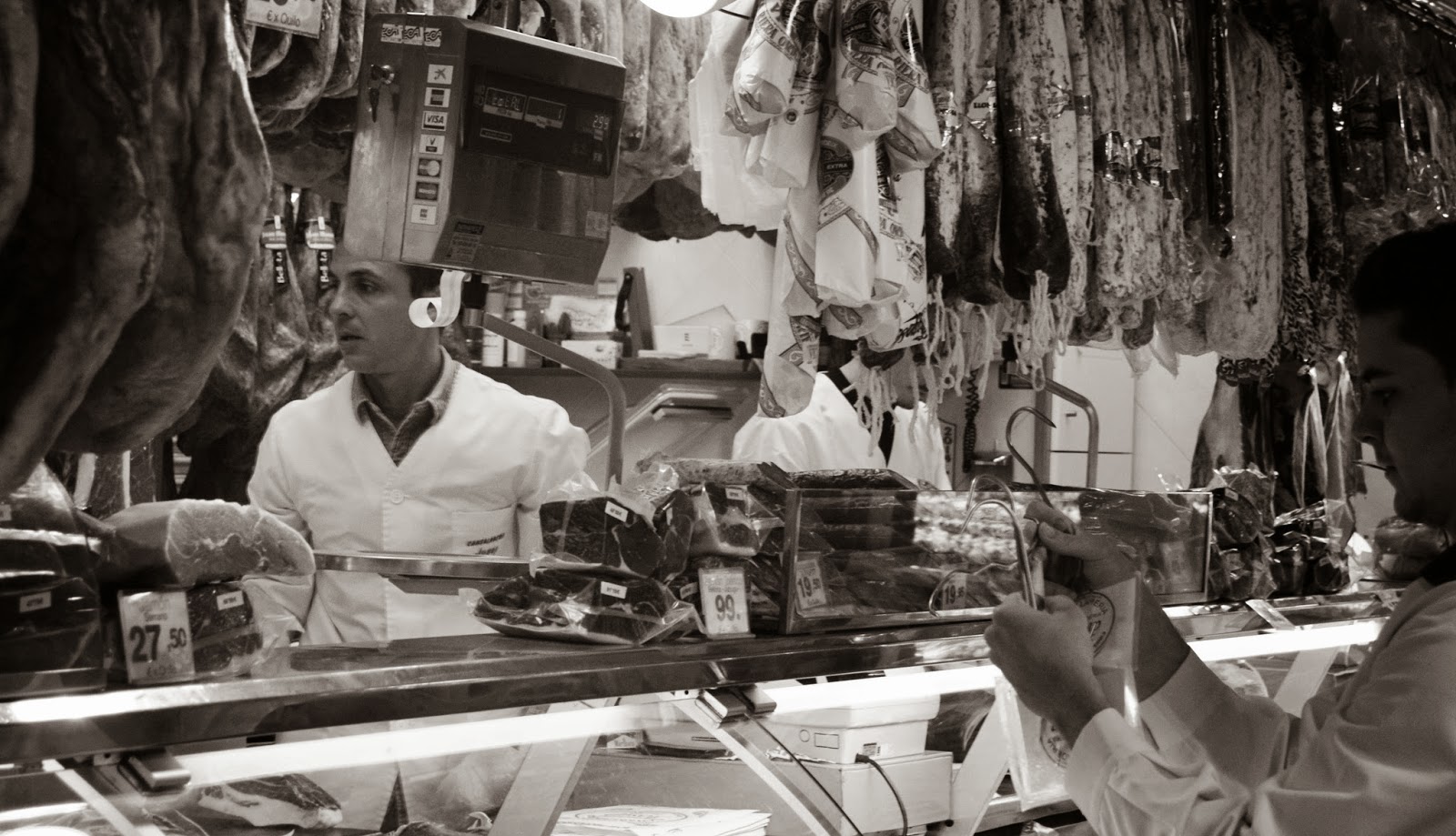 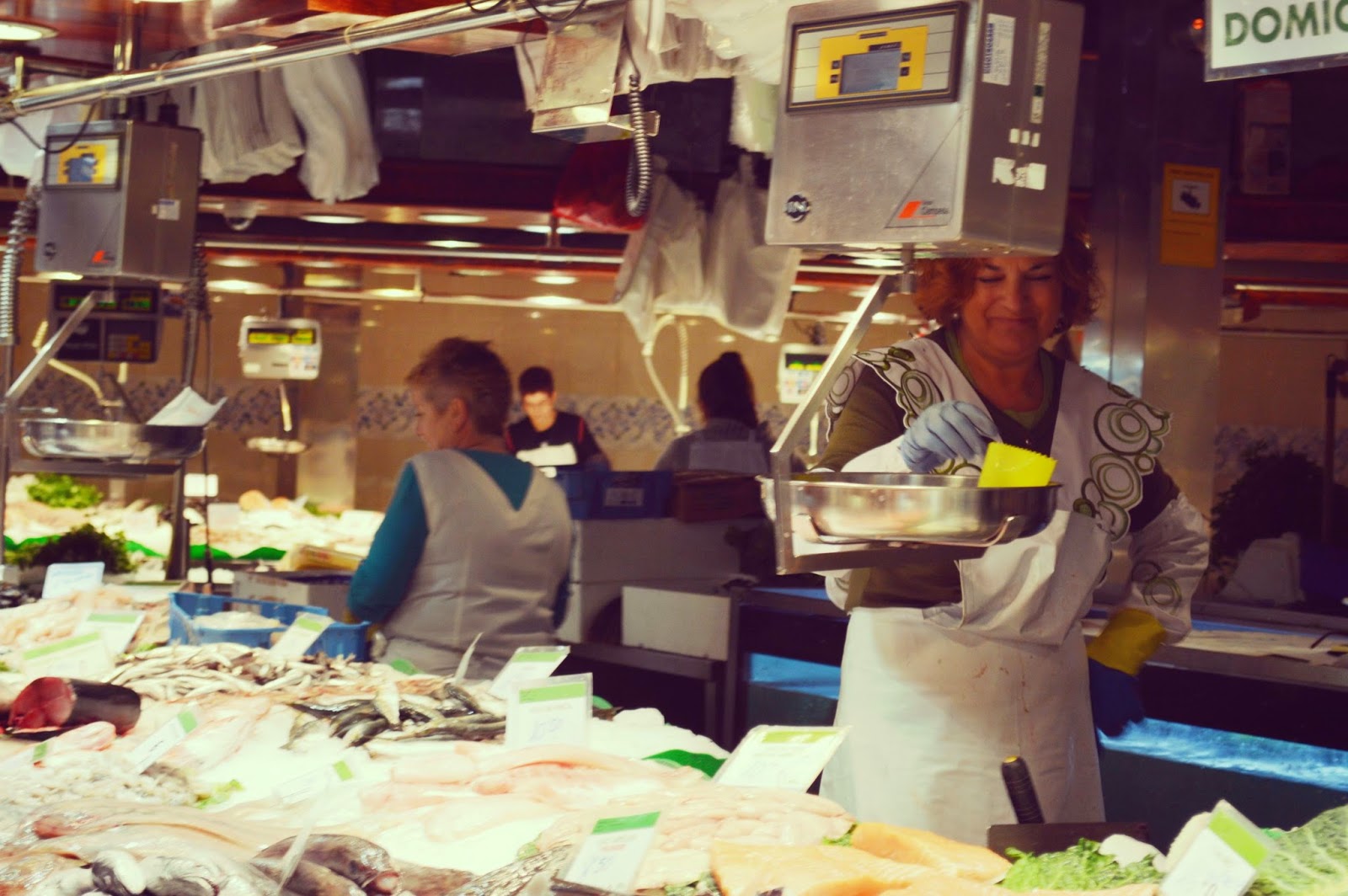 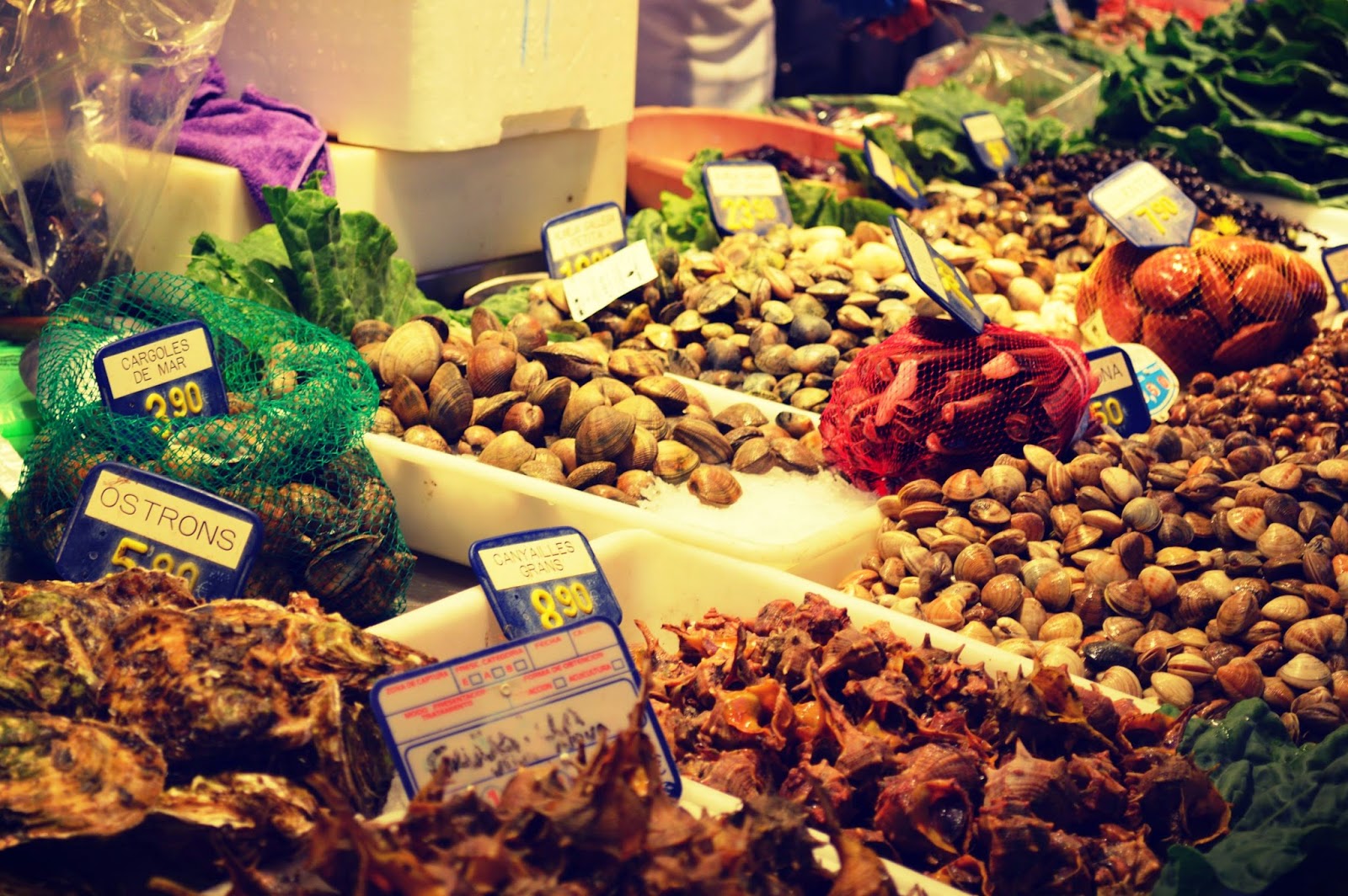 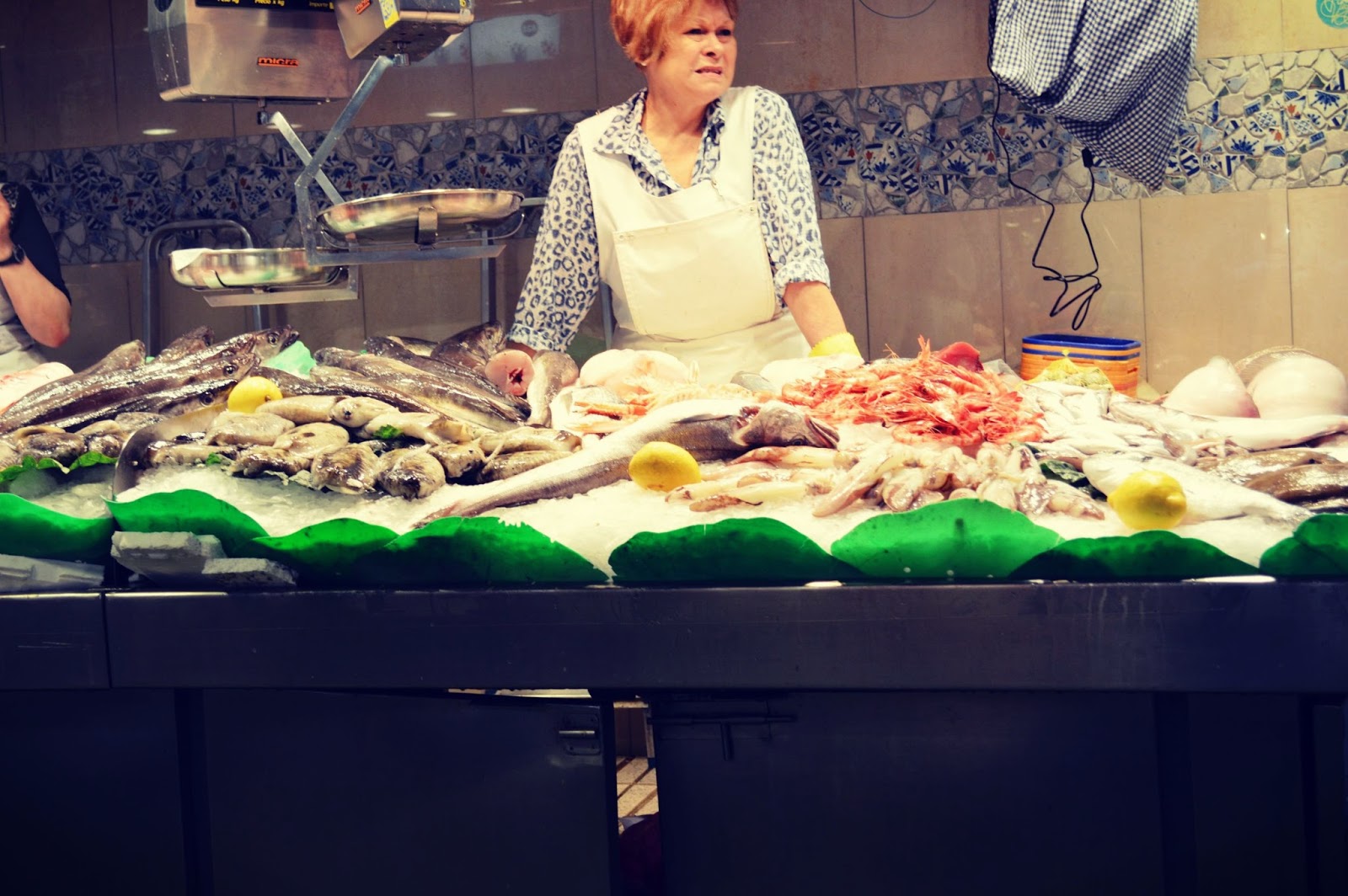 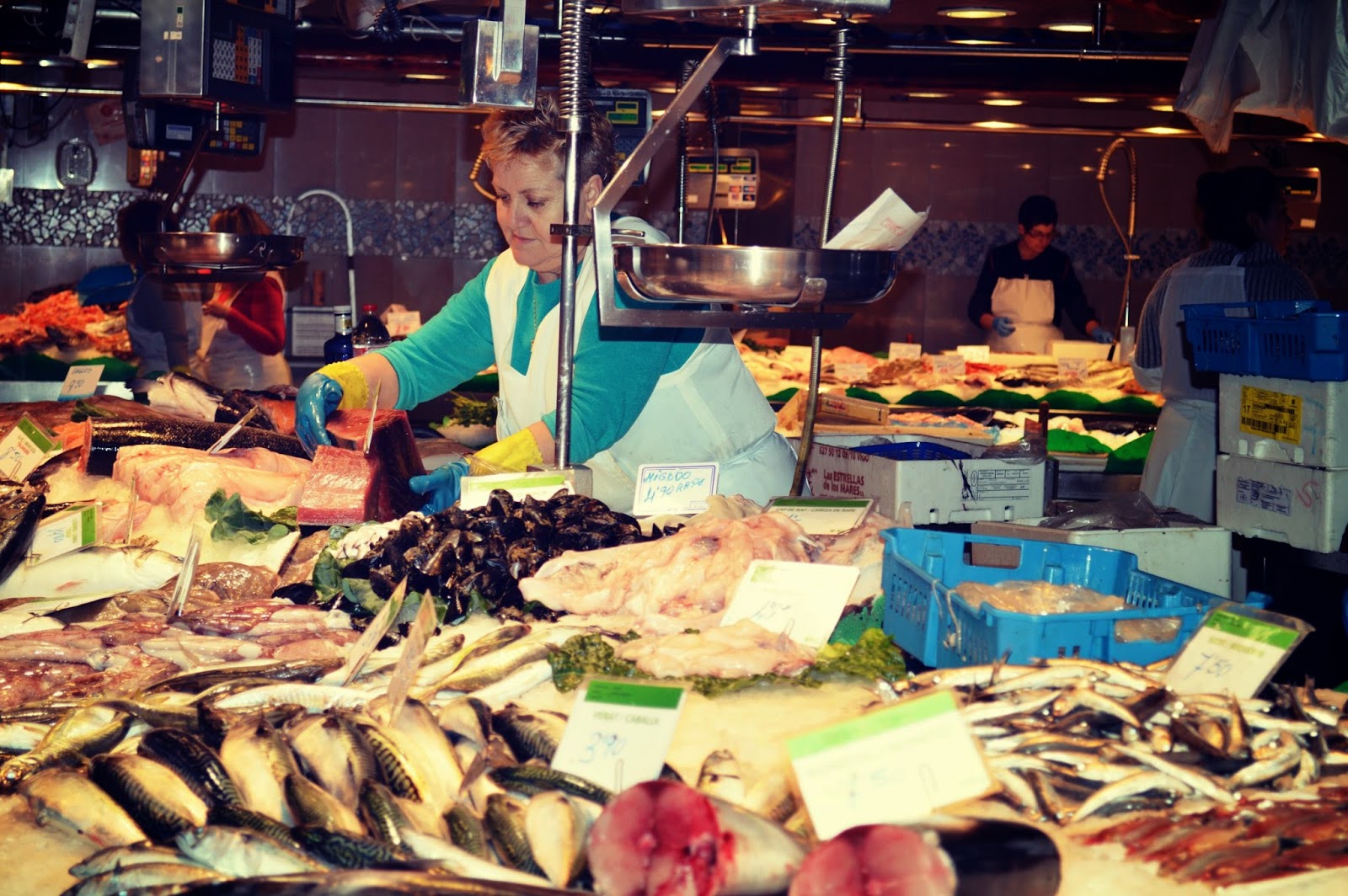 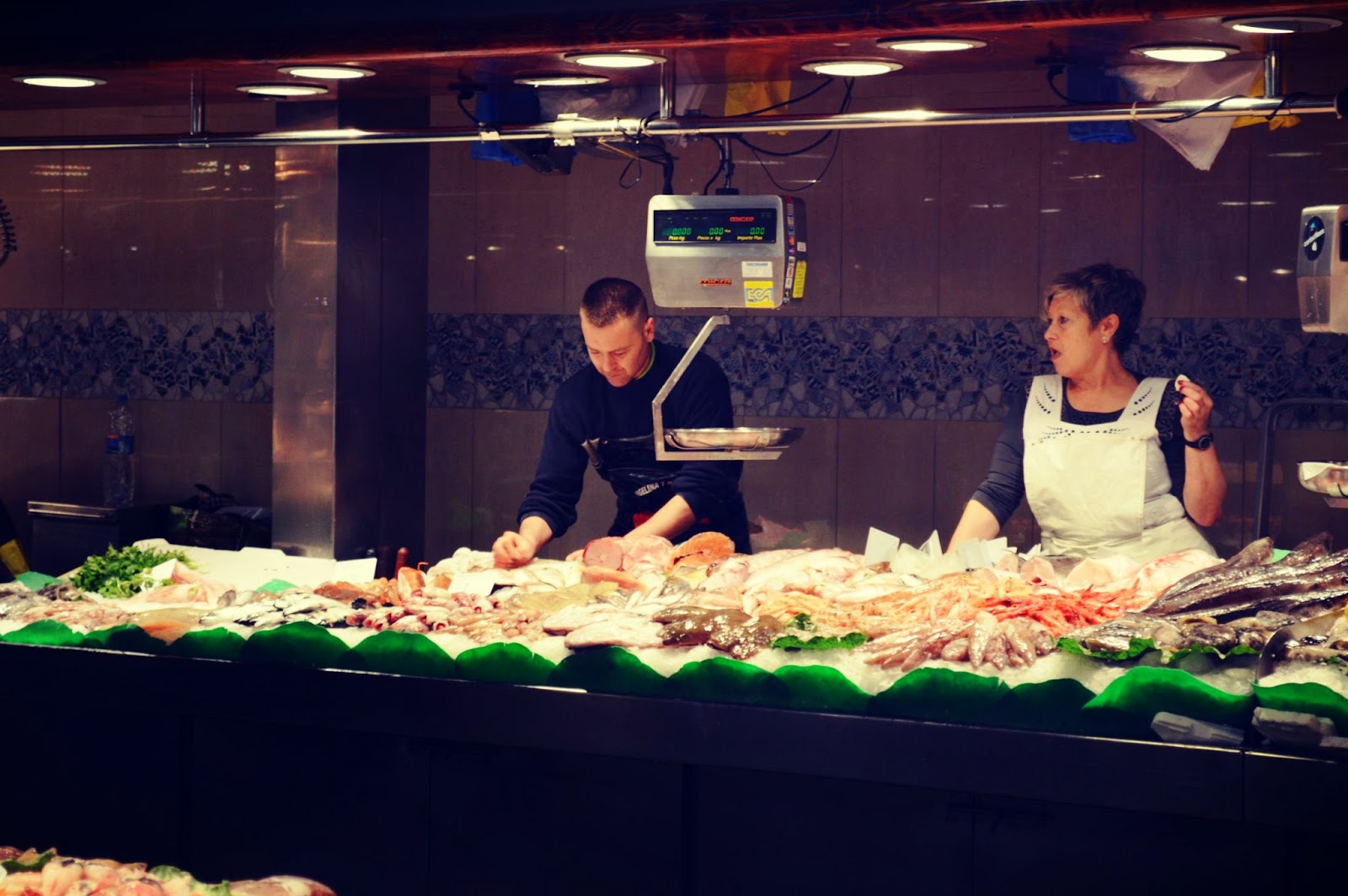 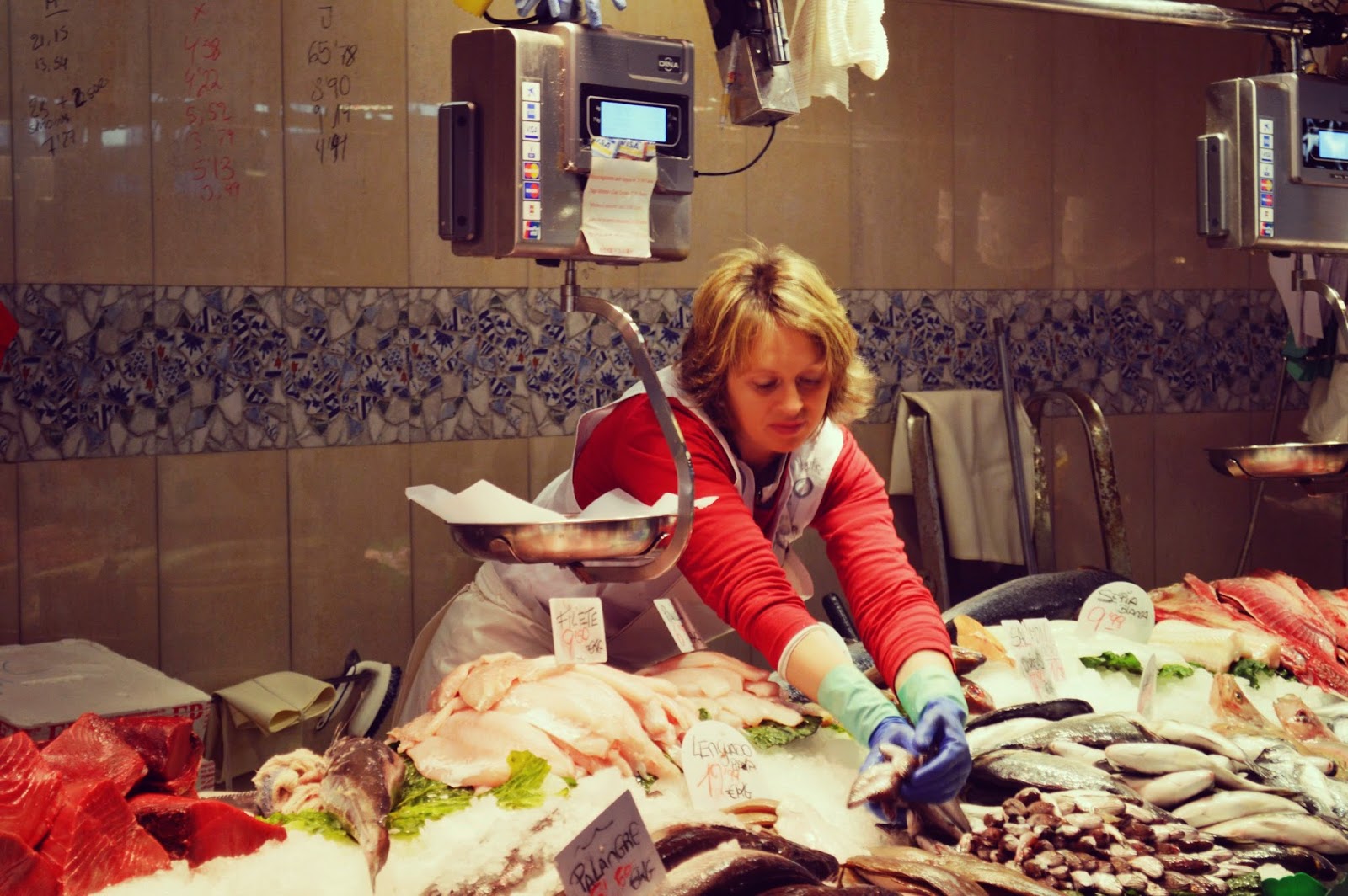 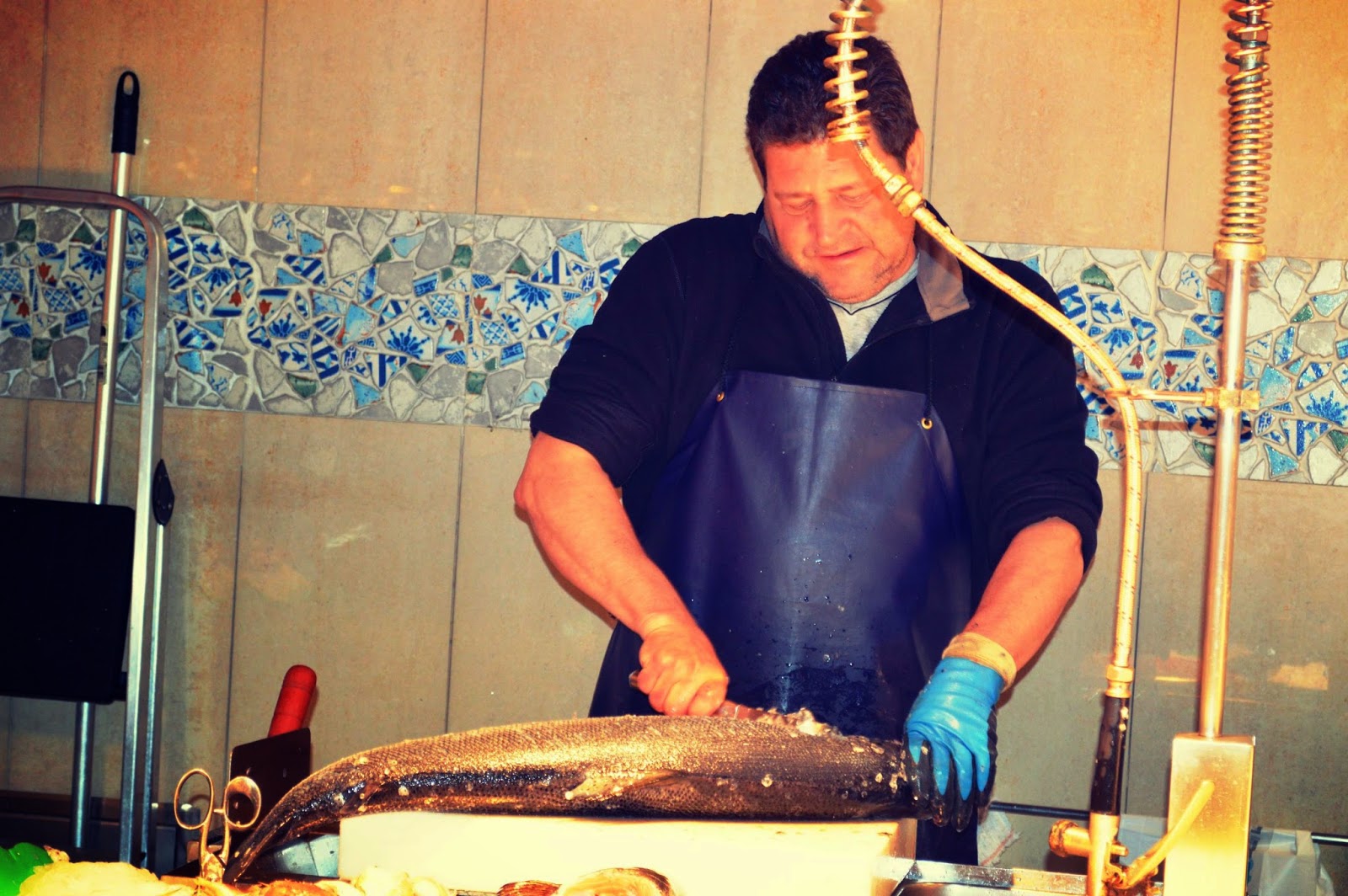 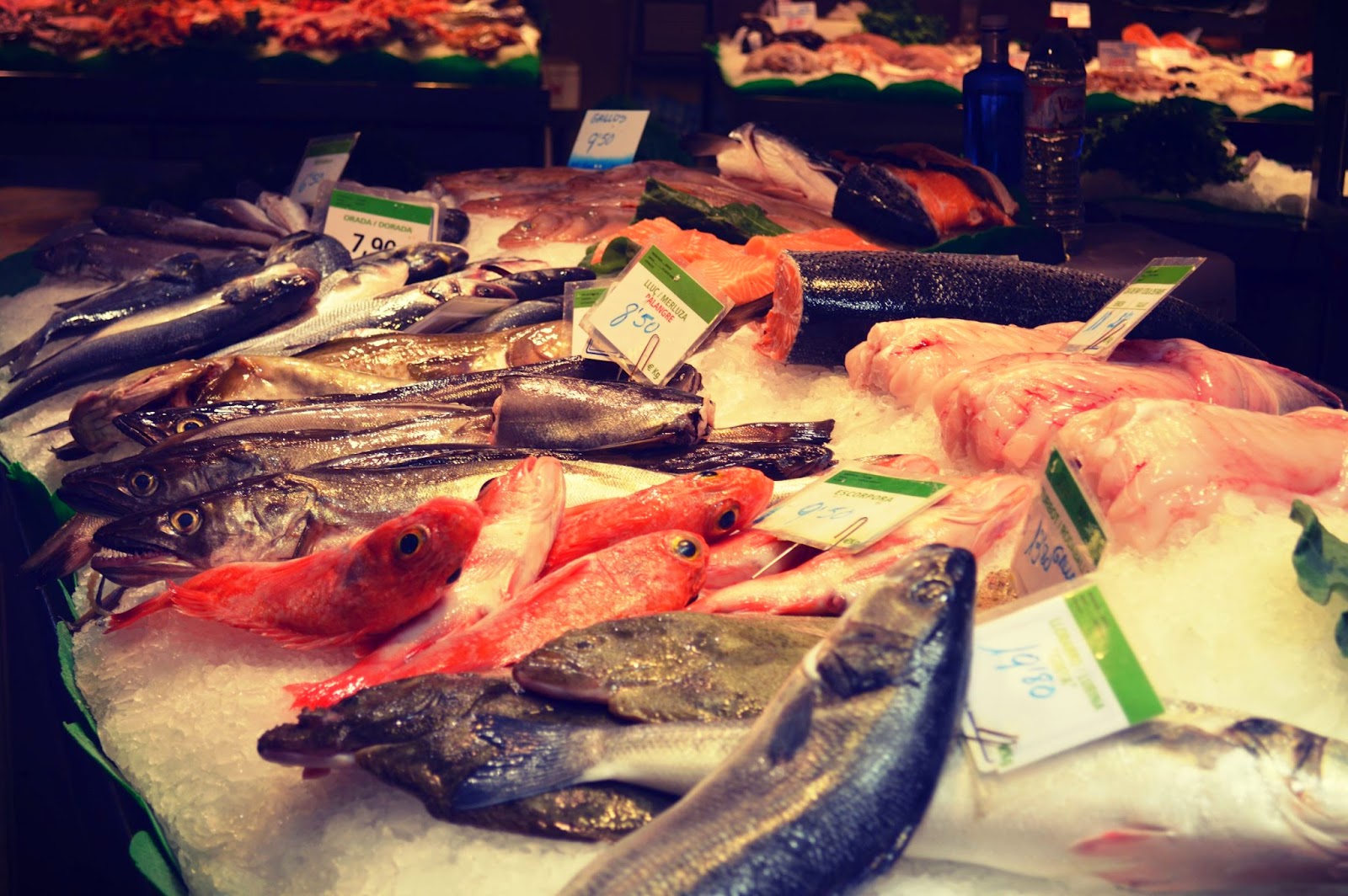 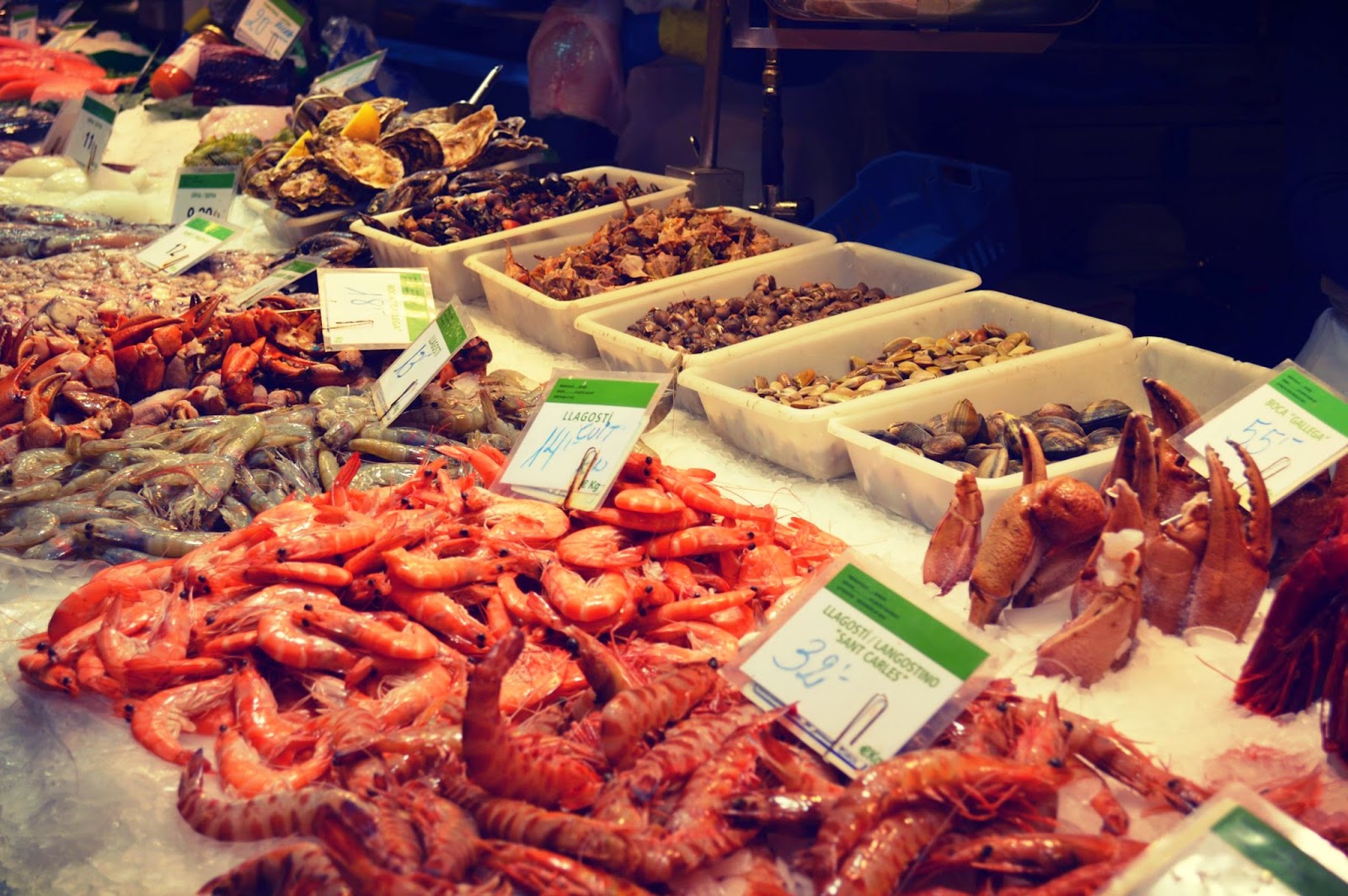 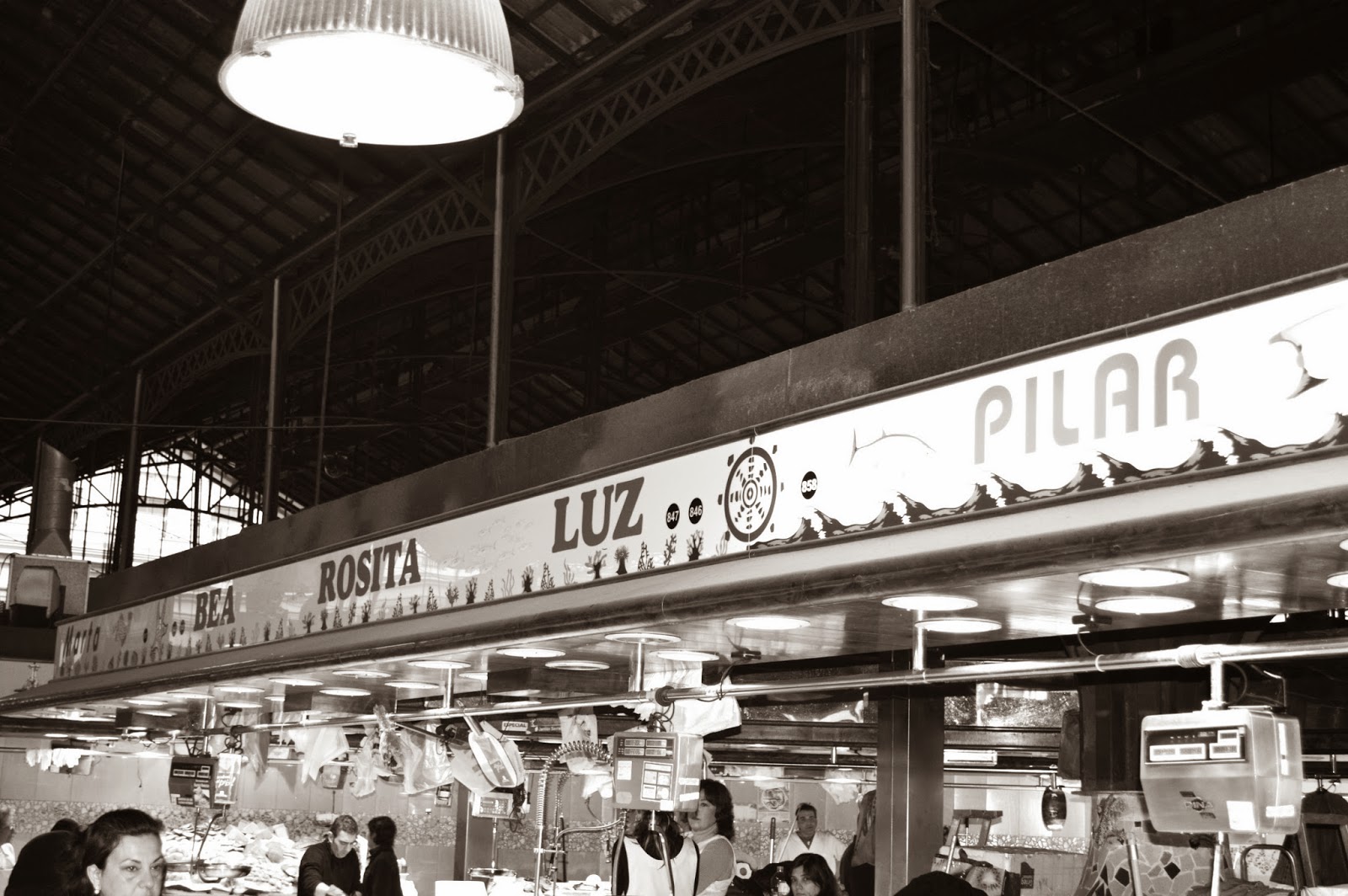 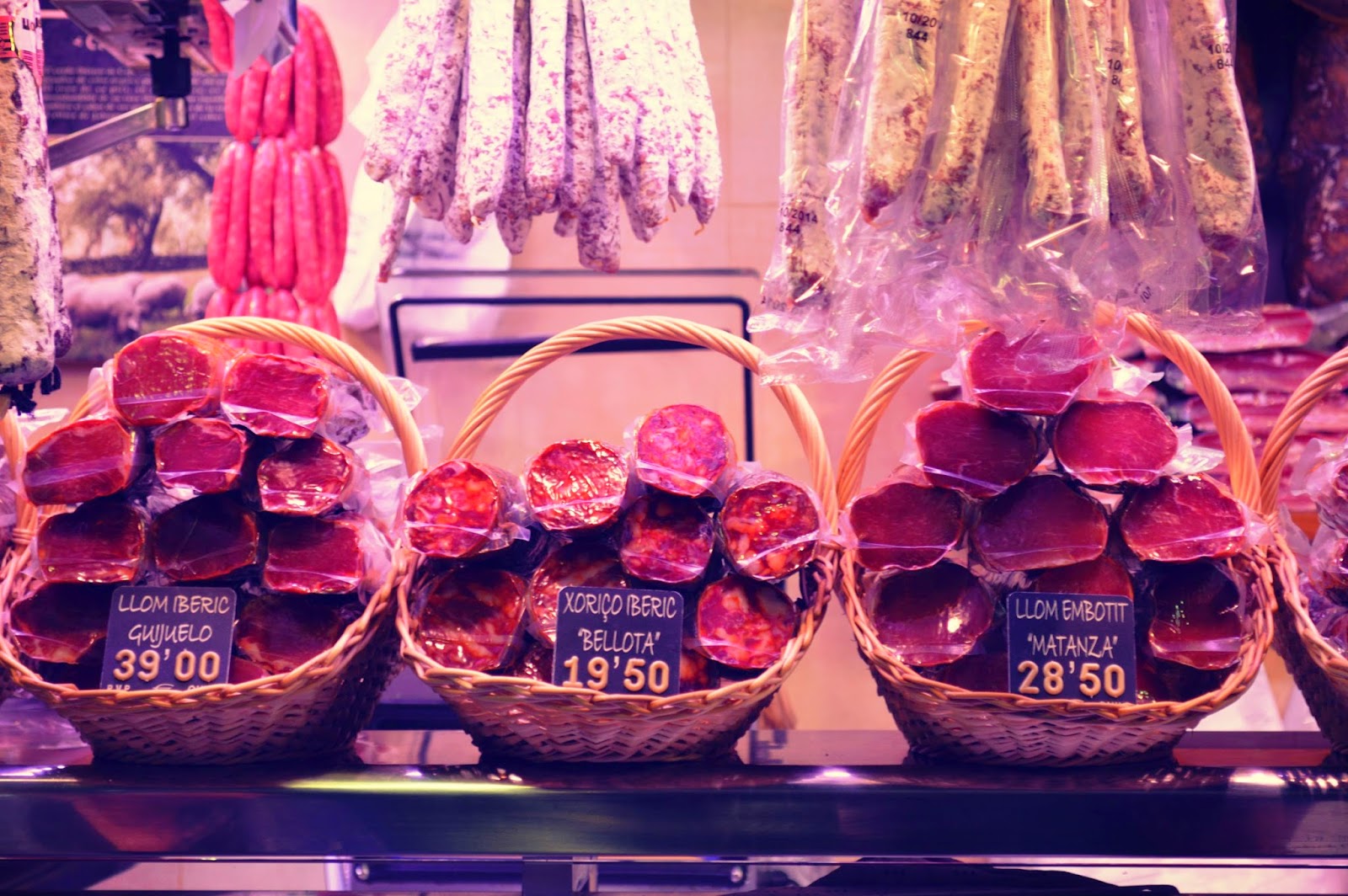 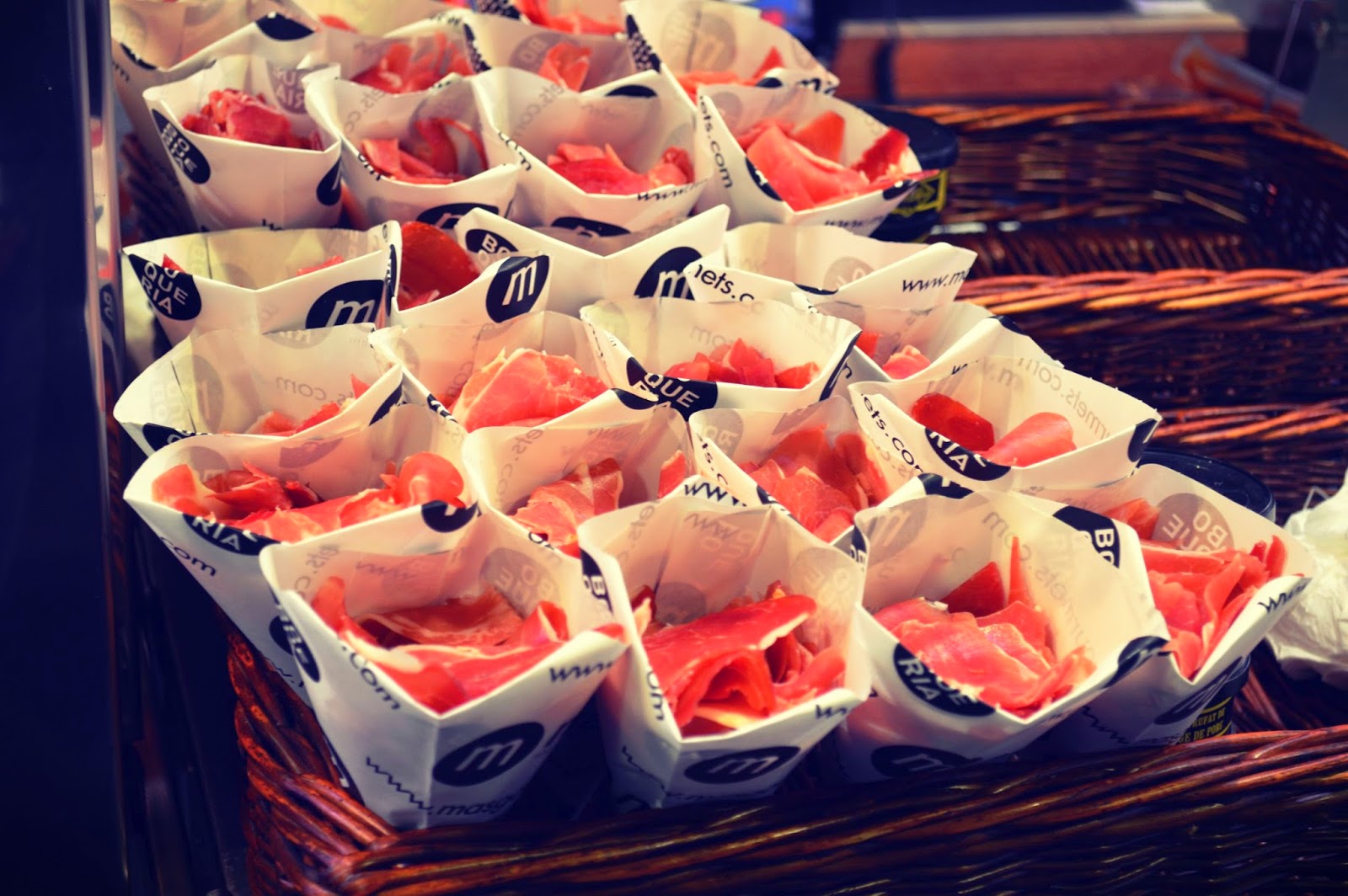 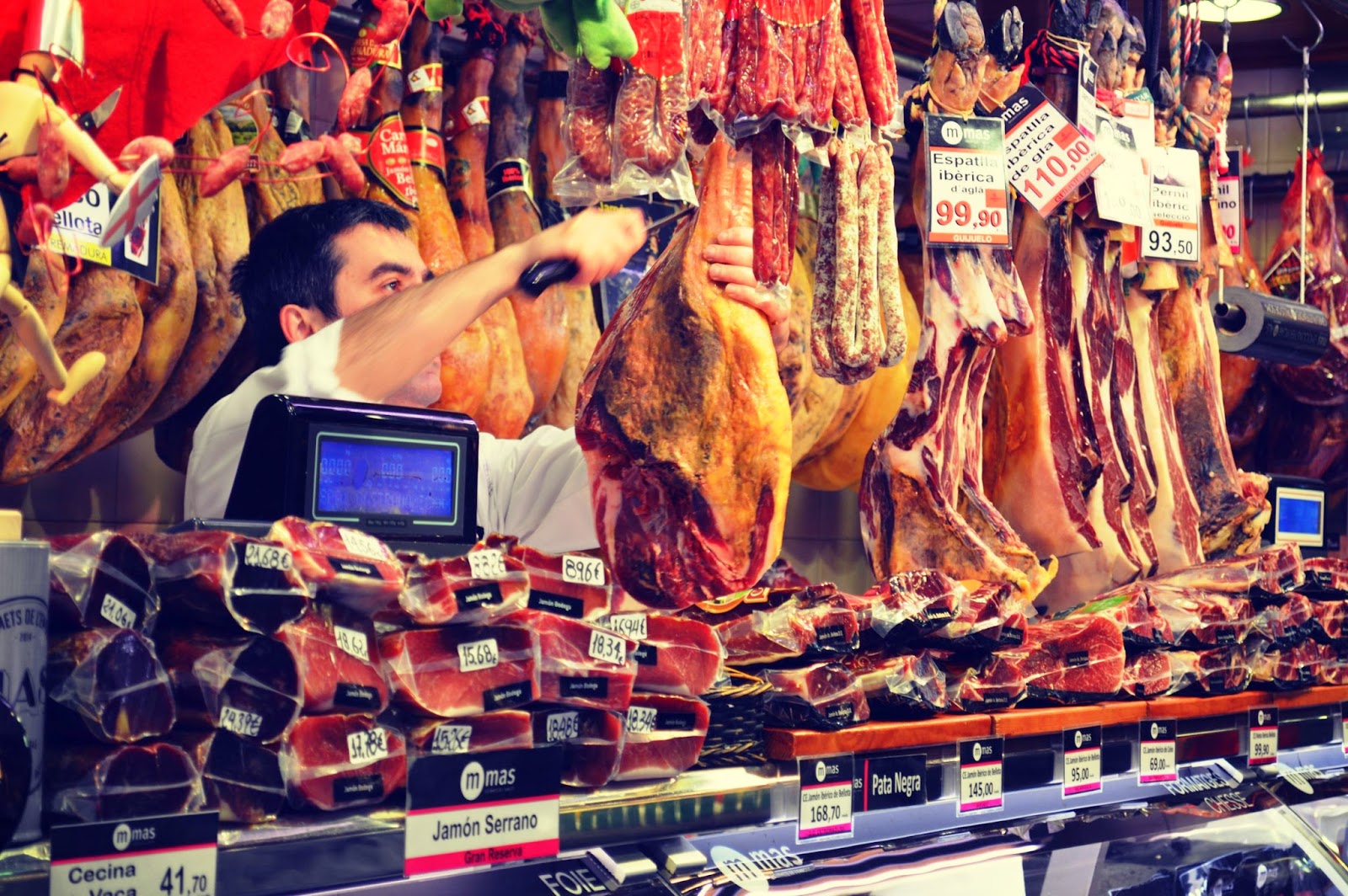 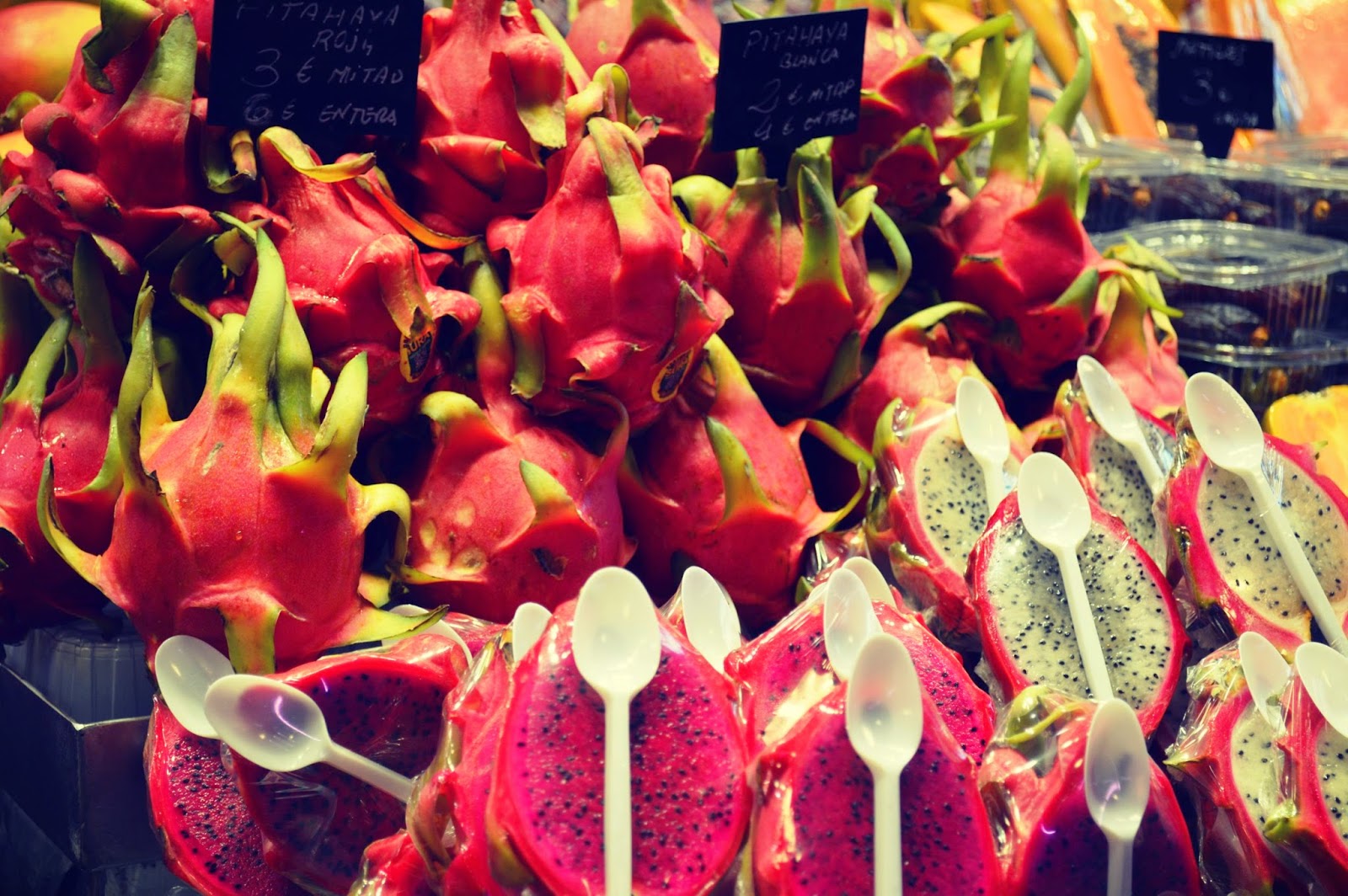 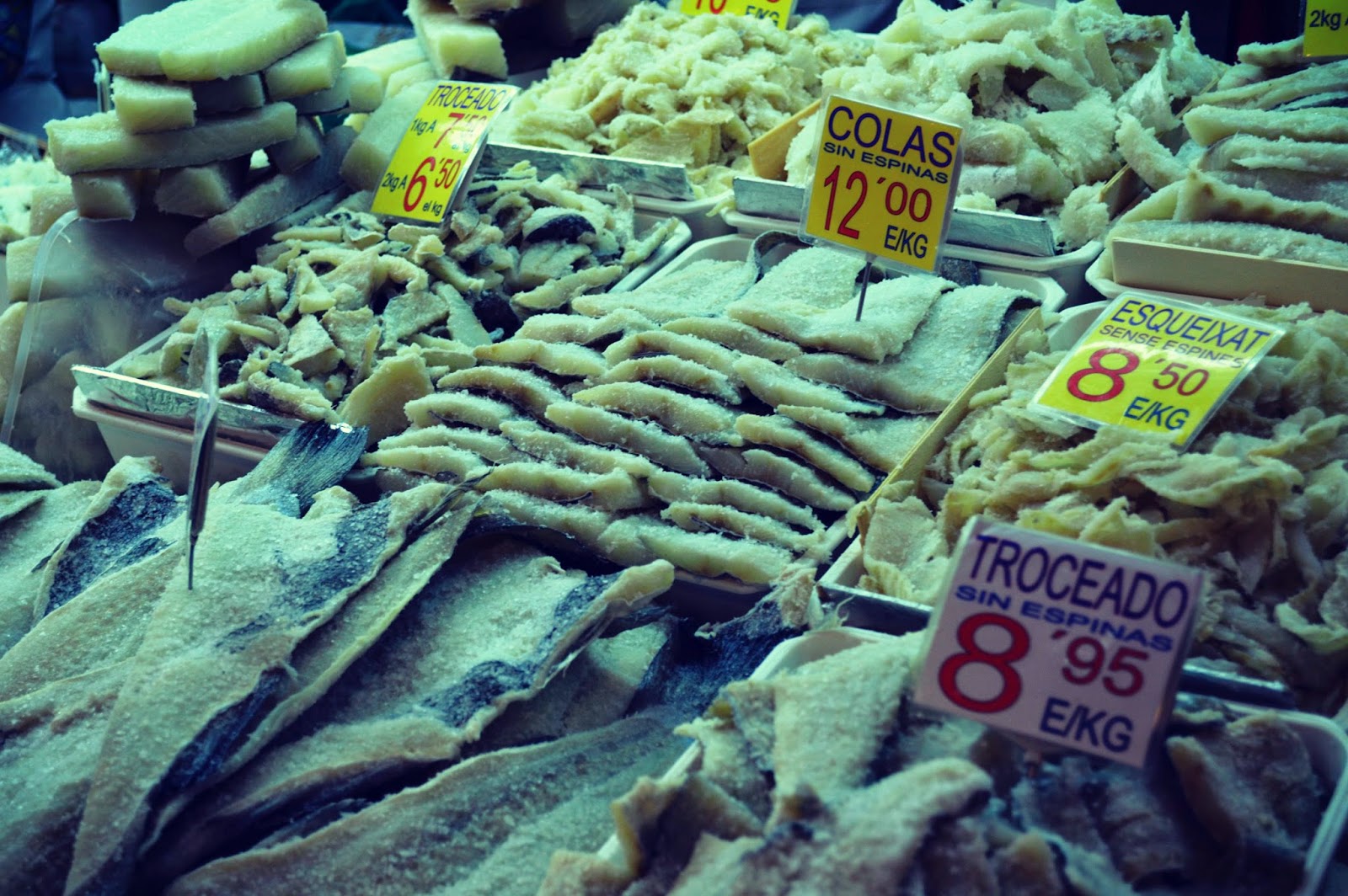 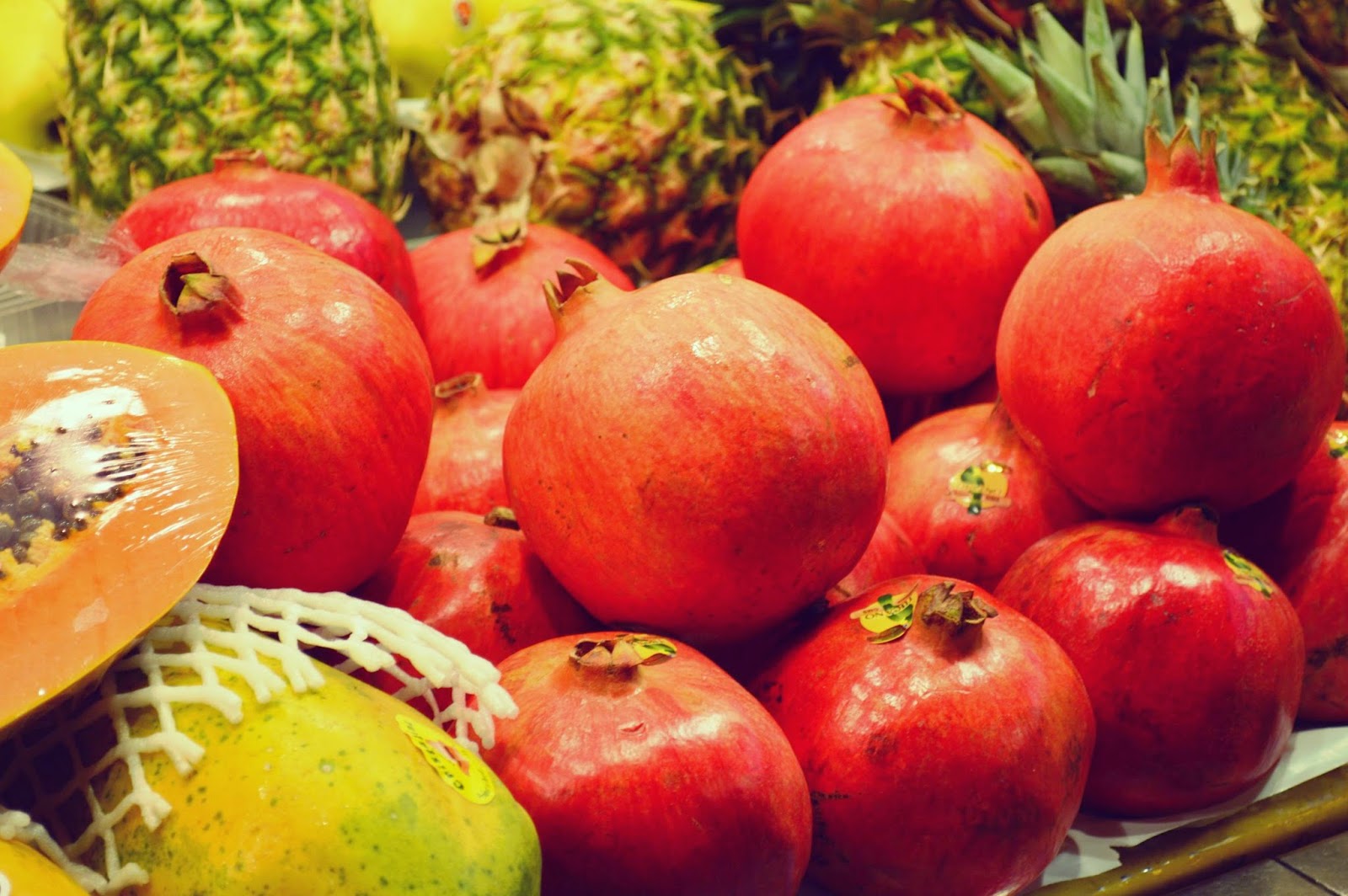 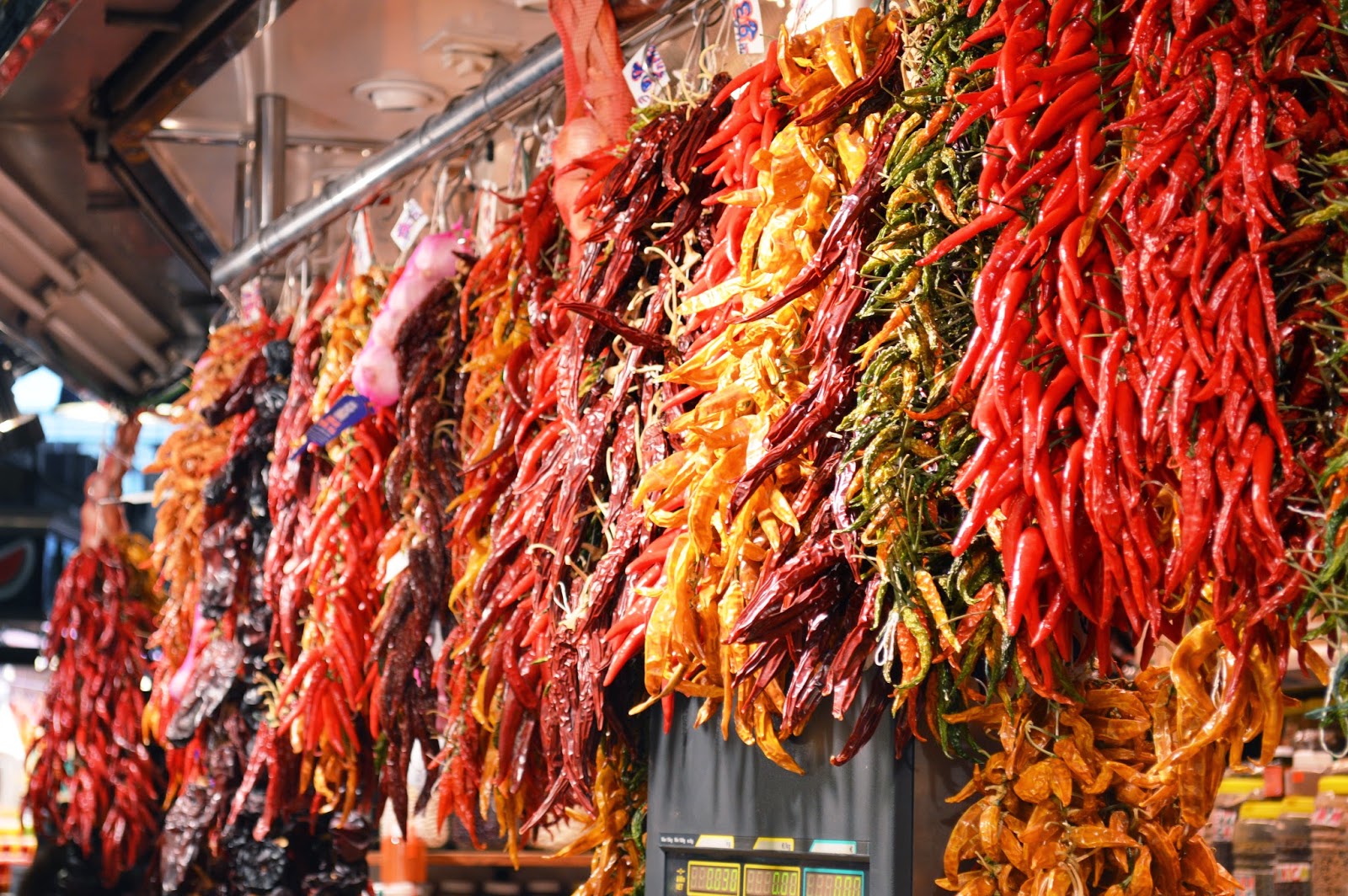 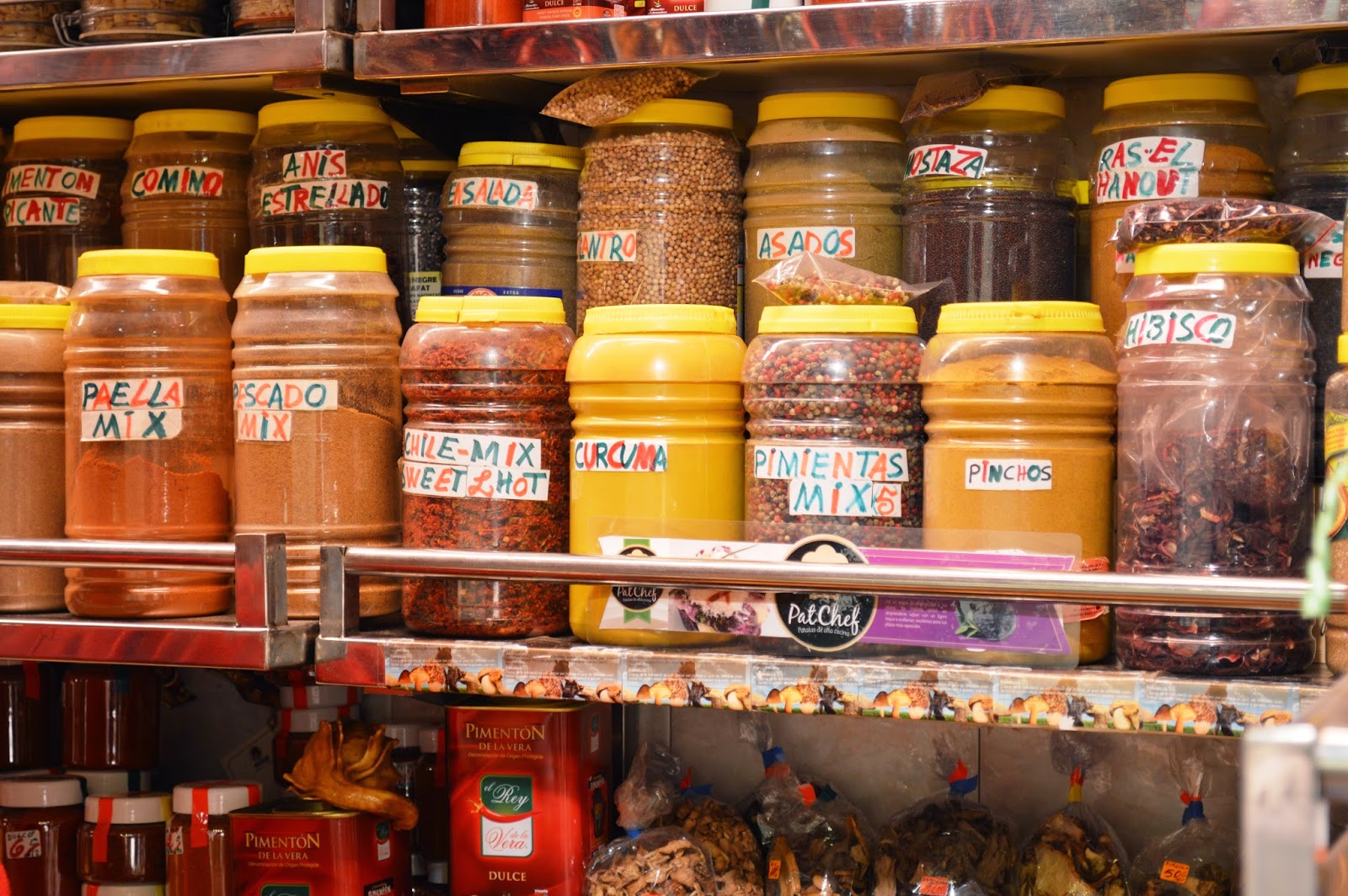 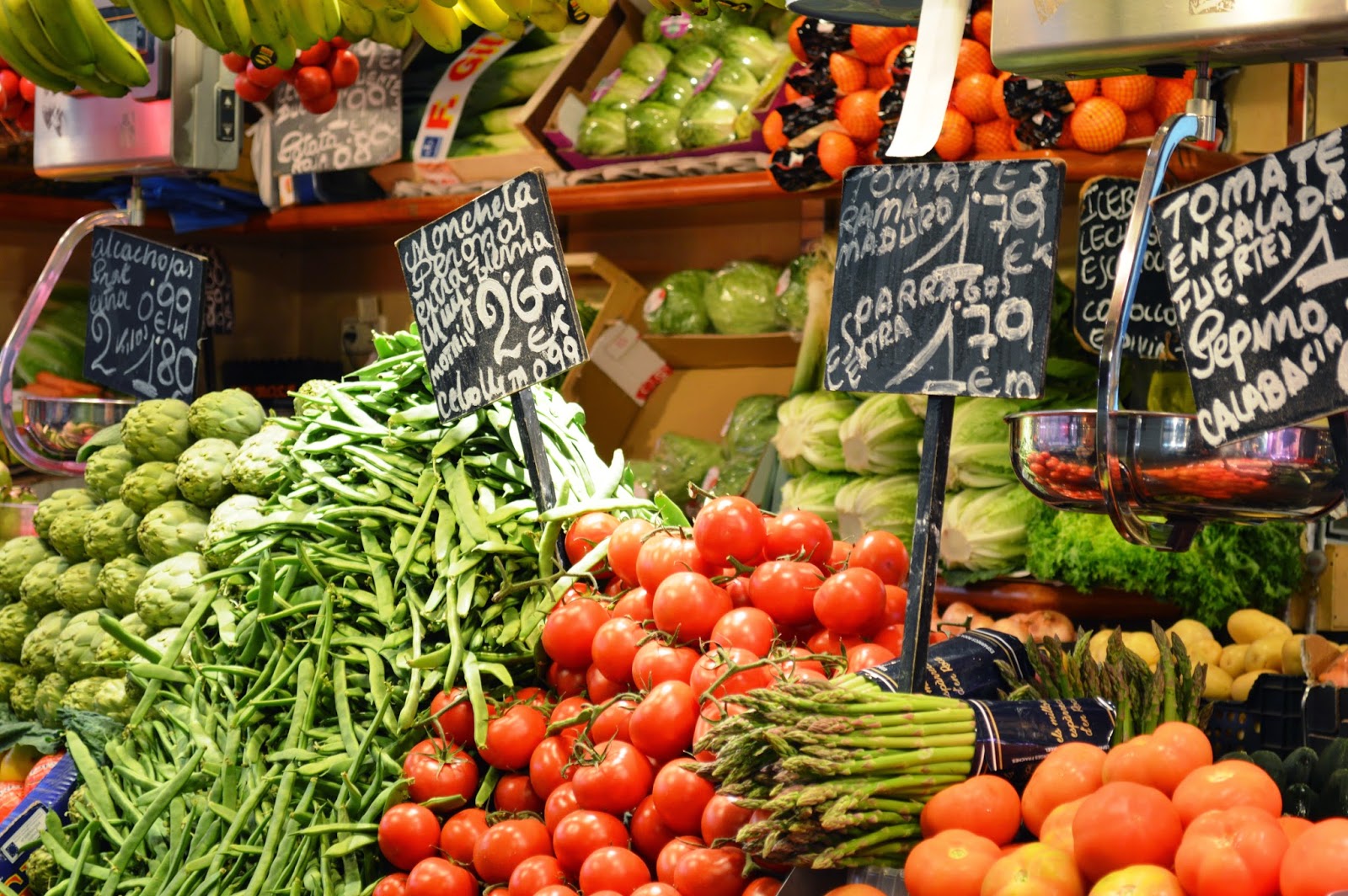